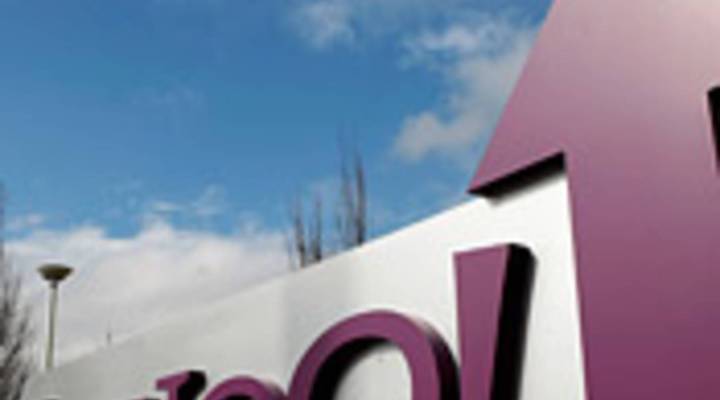 A German court today ruled it was, in fact, legal for Germany to help bailout European neighbors Ireland and Greece. But as part of the ruling, it’ll now be harder for

other countries who might be looking for financial help.

Carol Bartz is out as CEO of Yahoo. The tech giant’s Board of Directors fired Bartz saying revenues were stagnant under her leadership. And Bank of America — which has been facing a drop in shareholder confidence — has just ousted two of its senior executives.

Demand for U.S. home loans fell for a third straight week last week although mortgage rates fell to or near record lows, an industry group said on Wednesday.

More bank layoffs. HSBC is to cut 3,000 jobs in Hong Kong over the next three years as it targets its first wave of an aggressive cost-cutting plan in five countries.

Ailing Swedish car maker Saab sought breathing space from creditors on Wednesday, filing with a local court for bankruptcy protection through a “voluntary reorganization” while it continues to wait for promised new investments from two Chinese firms.

To the high stakes world of Kindergarten. According to the New York Times, the Trinity School in Manhattan is so hard to get into, that students without any previous connections to the school have just a 2.4 percent chance of snagging a seat. Compare that to the odds to get into Harvard: a whopping 6.2 percent. The tuition for kindergarten at trinity, by the way? $36,870.

A new poll by social network Badoo.com says forget about debt problems, and 9 percent unemployment — American is still the coolest nationality in the world. Badoo surveyed 30,000 people across 15 countries. Brazilians came in second, but the least cool nationality? Belgian got top honors.