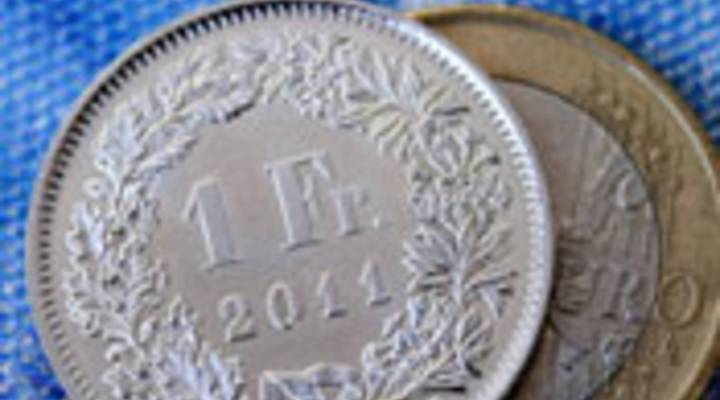 PODCAST: The push for free trade, Swiss government to devalue its franc

PODCAST: The push for free trade, Swiss government to devalue its franc

The American economy will limp along, but avoid recession. That today according to World Bank President Robert Zoellick. Speaking in Singapore, Zoellick said slow growth and high employment are likely to continue for some time.

Today the U.S. Chamber of Commerce released its jobs plan that also asks the president to push through trade deals with South Korea, Colombia and Panama.

There are a whole lot of people with a whole lot of suggestions for how to grow a whole lot of jobs. On Thursday, President Obama will offer his plan. In a speech yesterday, he offered a small taste, including rebuilding bridges and roads.

The Swiss government has decided to peg it’s currency to the Euro to help its exporters.

Oil’s trading at around $84 a barrel with expectations that a weak global economy will hit demand for crude.

The power’s still out to hundreds of thousands of homes in the southeast. At least 180,000 in Alabama, after now-Tropical Depression Lee continues to inundate the region with rain, wind and even some small tornadoes.

London’s Sunday Telegraph is reporting that four out of five British stores sell men’s pants with a larger waist than what’s on the label. So those size 34’s are more like 36’s — sorry to break it to you guys. The Telegraph is using the marvelous term “manity sizing” instead of “vanity sizing,” a trend familiar to most women. “Manity sizing”…I’m going to be saying that all day long. Excuse me shopkeep: are those slacks actually 32’s or are they “manity sized”?

The job market in this country is pretty bad at the moment. But that’s not stopping one unemployed New York man from finding work as a street comedian. Twenty-six-year-old Jason Schneider tells jokes to people in Central Park for a dollar a piece. He even has a money-back laughter guarantee. Schneider says he writes 20 or more jokes a day, hoping one or two will stick. Here’s one of his jokes: “What do you call Chewbacca when he’s working with clay?” “Harry Potter.” I know I didn’t pay anything for it… but I want my money back.

With auto tariffs on the horizon, a warning from U.S. carmakers