Adriene Hill: There are a whole lot of people with a whole lot of suggestions for how to grow a whole lot of jobs. On Thursday, President Obama will offer his plan. In a speech yesterday, he offered a small taste, including rebuilding bridges and roads.

Today, the U.S. Chamber of Commerce released a letter detailing its ideas for bumping job numbers. Republican Presidential Candidate Mitt Romney will also weigh in this week. But which plans might actually work?

Hill: So when we’re talking about job creation, what ideas are out there right now?

Holzer: There’s really two strands. There are things that will put more money in the hands of consumers to stimulate general demand. And there’s also ideas to more directly create more jobs, either in the public or the private sector. So for instance in the latter category, you’d put things like an infrastructure bank, or certain kinds of tax credits to employers that create jobs. Whereas in the first category, things like extending the payroll tax cut that was enacted last year.

Hill: And which of these plans and ideas can create enough jobs to actually matter, and to help the economy?

Holzer: That’s really hard to figure, because that depends on how much the administration and Congress want to invest. The more resources you’re going to put into these areas, the bigger the bang would be. In some areas, like tax credits for employment, if that were actually enacted, for pretty modest sums, you could get some decent new job creation — enough that you’d notice.

Holzer: Frankly, the Republicans have an incentive to not do anything because that improves their chances to win the White House in 2012. But given the seriousness of the situation, and given that they may look obstructionist if they do nothing, one can imagine that there might be a few items that they can come to agreement on, like certain kinds of tax cuts. The payroll tax cut, maybe the employment tax cut. Then of course the other question is, will they demand a very high price tag in return for anything like that?

Hill: And what do you think?

Holzer: I’m a little skeptical right now, to be honest. I suppose we should keep our minds open and keep our ears open and hear what happens.

Hill: Georgetown economist Harry Holzer, thanks so much.

Holzer: Thank you, my pleasure. 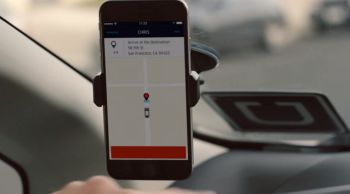