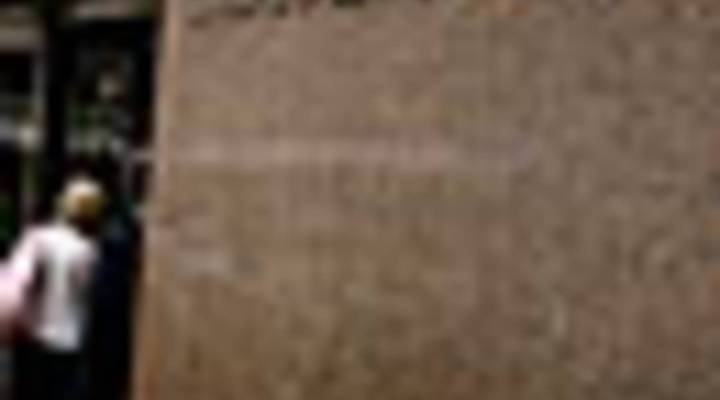 It wasn’t just markets in Asia and the Middle East that helped Tiffany’s along. The company sold a lot of jewelry in the US as well.

]() Tiffany reckons more good times are ahead. The company upped its full-year earnings estimate to $3.65 to $3.75 a share from its increased May forecast of $3.45 to $3.55 a share. Here’s a chart of the company’s stock performance for the past year:

The company’s earnings announcement came in sharp contrast to a report on consumer confidence, which said Americans are pessimistic about the state of the economy.
The Reuters/Michigan index of consumer expectations for six months from now, which more closely projects the direction of consumer spending, dropped to its lowest level since May 1980.

As the L.A. Times, put it, Shaky economy? Tell that to the high rollers at Tiffany & Co. But those high rollers probably aren’t American consumers. Our economy is doing so badly that even wealthy Americans are cutting back on spending.
The Bloomberg Consumer Comfort Index, which tracks confidence among high-income Americans, fell to its lowest level since November 2009. Bloomberg quoted analysts saying the recent stock market turmoil may be pushing wealthier people to cut back, as asset prices slump.