Will companies pass on price hikes to consumers?

Will companies pass on price hikes to consumers?

Jeremy Hobson: Yesterday, the government told us that the prices companies pay for goods ticked up.

But as Marketplace’s Adriene Hill reports, that doesn’t necessarily mean us consumers will be paying more when we buy things.

Adriene Hill: The prices companies pay for goods are going up faster than they have in the last six months. So you’ve got to wonder, are companies in a position to pass that increase on to consumers?

Maureen Atkinson is a retail consultant at J. C. Williams Group. She says retailers are in a bit of a bind: They’re paying more to stock their shelves, but:

Atkinson: It isn’t kind of a position where, gee, things are pretty good, so let’s pile on.

That’s because demand is soft. Consumers are nervous. And so, Atkinson says, retailers have to be careful about marking things up.

Atkinson: I don’t think most retailers are going to be able to absorb it 100 percent, but they certainly are going to have to try and find ways of absorbing some of these costs.

Maybe they accept a smaller profit margin, or start selling products made from cheaper raw materials.

Economist Jerry Nickelsburg from UCLA Forecast says there are some businesses that have more pricing options than others.

Jerry Nickelsburg: If you’re talking about food and fuel, typically you can pass those price increases off in the short term.

We’ve all got to eat, and get around.

Nickelsburg: In other goods, in more discretionary goods, it’s going to be much more difficult for retailers.

Most of us don’t need that new navy blue sweater, and won’t buy if the price is too high. But Nickelsburg thinks overall, higher producer prices are going will end up squeezing both companies and shoppers. 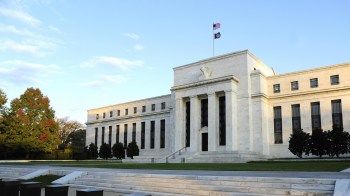