Putting down bets in Las Vegas

Putting down bets in Las Vegas

Question: I recently sold my home in Washington DC and have moved to Las Vegas, NV for my job. As a result of the sale of my home, I earned a pretty large return that, thus far, has been sitting idly in my bank account earning marginal interest. Where should I invest some of this liquidity? Should I use it to buy a home in Las Vegas? Invest in a financial portfolio to compliment my 401K? A mix of both? Or hold on to it until the overall domestic/international economies and stock markets level off? Also, I’m 39 years old and my long term goal is to retire as early as possible. Any advice would be most appreciated. John, Las Vegas, NV

Answer: You’re in an enviable financial position: You have cash when the markets and the economy are in turmoil. It doesn’t matter that your money isn’t earning much so long as the principal value is backed by federal insurance. There is a lot of value in having a strong personal financial safety net and a flush opportunity fund during these tumultuous times. I wouldn’t let the money burn a hole in your pocket.

The question on whether to buy a home in Las Vegas partly depends on how long you plan on living there? Is this a permanent move? If you lost your current job would you find another job in the city or would you pick up stakes for a better opportunity elsewhere. My rule of thumb is that you shouldn’t buy unless you’re certain you’ll be in the home for at least 5 years and hopefully much longer.

The other issue is one of timing. The Las Vegas market has been devastated by the real estate bust, with plenty of abandoned and foreclosed homes. Prices in Las Vegas are down 59% from the peak, according to the latest S&P/Case-Shiller home price indices. Prices are down 6.6% over the past year.

So, while you could get a deal–especially compared to home prices in Washington D.C.–your money could be locked into that home for a long time to come. The value of the home could stay down.

It’s why I would lean toward creating a diversified portfolio with the money.

However, even more important, before you do anything I would think seriously about your job, your career, your lifestyle and your values. For instance, you say you want to retire early. What does early retirement mean to you?

Now, I’m a skeptic that anyone can afford early retirement if they plan on living off their savings, except for the small number of people who make it big on stock options or some other fortune. However, what many people mean by early retirement is they don’t want to work full time for a single employer. They want greater flexibility in their lives. Well, the money gives you a cash cushion to take risks, dial back on work at some point, or withstand a layoff or some other setback in the meantime.

These are the kinds of questions I would ask before investing the money. The goals and the values come first. The rest is tactics. 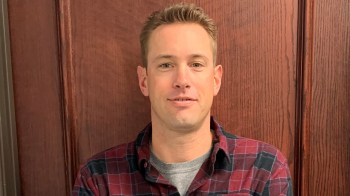 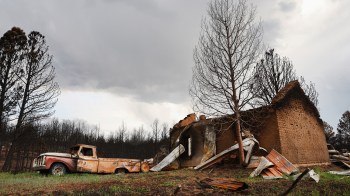