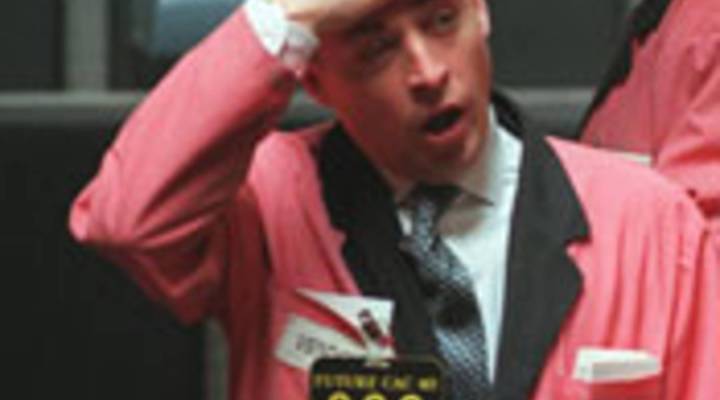 The short end of the stick

The short end of the stick

The volatility in global markets has claimed is usual victim: the short seller.

Regulators in France, Spain, Italy and apparently not-so-plucky little Belgium have responded to the gyrations in their exchanges by forbidding the shorts from betting that bank shares will go south.

Bloomberg reported that European regulators are divided over how to respond after a rout that sent the region’s bank stocks to their lowest in almost two-and-a-half years this week. Germany and the Netherlands have said they don’t plan further restrictions on short sales, while British regulators said they don’t plan to limit the practice.

HUNTER: If anything, it has the outcome of creating a false market, because what you’re essentially trying to do is limit what is already downward pressure and downward market sentiment, so if we look back at 2008 when the U.S. and U.K. did try it on financials, the drop in financial share prices was simply over a longer period of time.

HOBSON: So why would regulators do something like this then?

HUNTER: Well, as we just heard from Stephen, their thinking is quite simply that they are trying to limit the amount of profit that speculators could make. Set against that of course, you have to ask the question — has the horse already bolted? But certainly in terms of historical experience, there is no strong evidence that short-selling bans are anything more than an effort to calm markets.

Meanwhile, Moody’s Analytics economist Gus Faucher says he thinks a ban on short selling will not be effective and may just be posturing on the part of European governments.

FAUCHER: I think it’s probably a cosmetic measure. I don’t think banning short selling is going to reduce any of the pressures on bank stocks. I think it’s an effort by the governments involved to show they’re doing something. But, it doesn’t take care of the underlying problem.

KROSZNER: The studies that have been done on short selling bans in the past have shown really no improvement in firm share prices, and generally, an increase in volatility. It’s really more of an attempt to blame someone rather than the fundamental factors.

*Marketplace examines the disconnect between the markets and the economy. Every day, we’re reporting on the divide between Wall Street and Main Street, and on what’s being done about it. Follow our up-to-the-minute coverage of the markets and economy in our special section and blog Market Mayhem/Economic Standstill.*****