STEVE CHIOTAKIS: Major banks in France — the world’s fifth largest economy — are driving European markets lower this morning. With reports of possible bank runs and even an Asian bank cutting off lending to French financial institutions. What does that mean for Wall Street? And if European debt is what American investors are worrying about, who’s leading the global herd?

JEFF HORWICH: As Americans, it’s tempting to think of the relationship between our stock market and its global counterparts in Asia and Europe like a dog wagging its tail. In truth it’s more like a dog chasing its tail: we watch them, they watch us, round and round we all go. Arturo Bris is a finance professor at IMD in Switzerland. He says most big invetors own shares everywhere. And tend to make the same moves around the globe.

ARTURO BRIS: That’s why we should expect the U.S. market to follow the European market and the reverse. However, in the current situation, we have already seen in the last days that this is not the case.

Well it may look like all of us around the world are freaking out as one global chorus, Bris believes the markets are acting volatile for their own reasons. In the U.S. it’s the S&P downgrade, in Europe, Bris says markets tanked yesterday when the French president called off his vacation.

BRIS: These volatilities are difficult to explain, because its driven only by investor sentiment, even when there is no news.

Historically, the U.S. stock market day sets the tone for the rest of the world. But Rob Carnell, chief international economist at ING, says important news about what’s debt issues in France and Italy, is shifting who’s influencing whom.

ROB CARNELL: The news flow is going to be increasingly driven by what’s happening in Europe. That should be reflected in U.S. markets later today.

Carnell says global markets tend to move over time. But on any given day, the dog can quit chasing its tail and start chasing the latest distraction thrown out by the news cycle.

TV CLIP: He is a good and strong master, and he made me this collar so I can talk — squirrel! 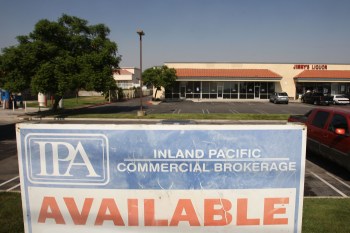