will.i.am on the importance of funding science education

will.i.am on the importance of funding science education

Kai Ryssdal: You may know will.i.am — assuming you know him at all — as the frontman for the Black Eyed Peas. You probably don’t know he’s now the director of creative innovation at Intel. And that he’s leading a push for better science and technology education in our schools.

Which is why he’s teamed up with Dean Kamen — the guy who invented the Segway scooter — and Kamen’s foundation called FIRST, or For Inspiration and Recognition of Science and Technology. They’ve gotten together to produce a television special called “i.am.FIRST: Science and Rock and Roll“, about robotics championships for kids grades K-12. It airs on ABC this Sunday.

will.i.am’s here right now. Thanks a lot for coming in.

Ryssdal: Tell me about this FIRST Foundation and Dean Kamen — how’d you get involved?

will.i.am: I was on my Segway and I was thinking about all the innovation and imagination it took to create that. So I called a friend Ron Conway, like, ‘Yo, do you know who invented this?’ He was like, ‘A good friend of mine, Dean Kamen.’ I was like, ‘You know this guy? Can you introduce me to him?’ So he introduced me to him via email, and that’s when he told me about U.S. FIRST. He was like, ‘I’ve got this program that I’ve been doing for 20 years, teaching kids science, technology, engineering and mathematics — and we have robotics competitions every year.’ I aid, ‘How come I’ve never heard of that?’ He was like, ‘That’s the problem.’ So I said, ‘Well, if you have a robotics competition every year, we’re performing at the Super Bowl, maybe we could perform, make a halftime show at your robotics competition.’

Ryssdal: Wow, really? Did he understand what he was getting with the Black Eyed Peas?

will.i.am: He thought maybe like I was going to show up and sing a song for the kids. So I called him two days later and said, ‘You know Dean, I was thinking, if you want people know about this, just performing for the choir ain’t good enough.’

Ryssdal: It’s not going to do it, man.

Ryssdal: All right, back up for just a second. You went to ABC and bought the airtime.

will.i.am: But these kids, right? If this little 13-year-old is building robots and writing code, I can at least go and buy some time on ABC to make a TV show out of it.

Ryssdal: Tell me about these kids.

will.i.am: You know when you watch the movie Waiting For Superman, you’re like, oh man.

Ryssdal: That’s the documentary on education.

will.i.am: You’re all, ‘Aw man, we’re so doomed.’ And your heart breaks. This is the total opposite of that. Here, you would think like somebody sprayed magic dust and out popped genius little kids.

Ryssdal: Yeah, but it’s interesting because there’s a clip, and we’re going to roll this clip in now, it’s a kid who is in a gang who got his girlfriend pregnant, and he didn’t know what to do. And then this robotics competition —

Man: And I thought saw what they did, and I got more interested in programming with Louis. Seeing all of this and robotics, it’s really inspiring. I want to see myself doing something like that.

And he wants to build prosthetic hearts.

will.i.am: How do you amplify that and duplicate it and spread it all across America?

Ryssdal: You wrote an article in the Huffington Post not too long ago that obviously I read, and you said, ‘I don’t understand trade deficits or debt ceilings or any of that stuff. I mean, I’m just a rapper.’ But I guess that’s the point right? You don’t have to understand all that to know what the deal is.

will.i.am: It is rocket science. We need to put our money in rocket science. Geniuses are recession-proof. And geniuses make technology, and innovate. I would think that is our debt ceiling plan. Wouldn’t you think that? I don’t know.

Ryssdal: I would think so. So here’s the thing: You’re the guy who did the Yes We Can video during the Obama campaign; it was remarkably successful. Obviously you’ve got your music career. What’s your sense of obligation, though? Where does this come from?

Ryssdal: Tell me about this robotics championship. What was it like?

will.i.am: The whole building was electrified. And without the concert, they would have been happy. They were just over the moon that there was entertainment there and we were celebrating education, we were celebrating innovation. All the people that came out, ‘thank you guys so much for lending your time to support and applaud and acknowledge these kids’ discipline.’

Ryssdal: will.i.am, thanks a lot. 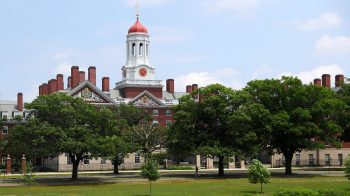