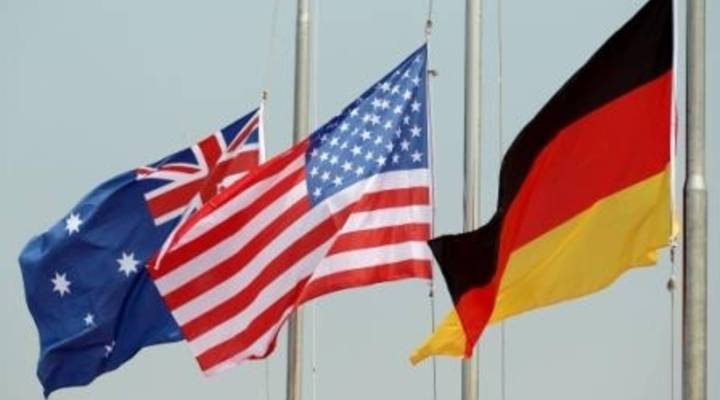 Downgrade: What Happens Next?

Downgrade: What Happens Next?

**To hear the latest news and analysis on the U.S. debt downgrade, listen to Marketplace Morning Report’s roundup here:

And follow our complete coverage in our special project: U.S. DEBT DOWNGRADED

UPDATE: S&P’s HIT LIST: WHO WILL BE DOWNGRADED NEXT?

The world financial system today is one that is deeply inter-dependent. When one power falls, others follow suit. So with the S&P downgrade of the US to a AA+ credit rating, we have to expect that other countries could soon follow.

The Contenders (other countries with AAA credit):

Experts fear that France will be the next to experience a downgrade. The main reason behind this belief is the fact that France, among other AAA countries, is the most expensive to protect against default.

A representative from S&P today confirmed, however, that France’s AAA rating has a stable outlook, and that there is no cause for concern.

Meanwhile, others are also beginning to fret about the credit condition of the UK. Holding onto its rating may ultimately depend on government decisions to reduce the deficit, even in the face of slow economic recovery in the country. British policy makers hope that a plan to tighten the collective financial belt of the nation will contrast to America’s inability to reach a solution to the debt crisis in a timely manner.

China, by the way, has a AA- rating but is forecasted to remain stable. Belgium and New Zealand are both neck-and-neck with the US, at AA+ rating with a negative outlook.

The two other major credit rating agencies, Moody’s and Fitch’s, are both still determining whether they will downgrade the US or other major countries.

So…does this mean Luxembourg will soon be the safest investment in the world?

WILL WALL STREET CIRCUIT-BREAKERS BE TESTED IF INVESTORS PANIC?

Most industries have safety procedures in place in case of crisis.

Factory managers, seeing a malfunction on the conveyor belt, can pull an emergency switch to derail catastrophe. And in the wake of the Flash Crash in May of 2010, the New York Stock Exchange created its own emergency action plan – known as the ‘circuit breaker’ program.

The Downgrade and the Markets

The circuit breaker system may be put to the test today, the first trading day after the downgrade of U.S. debt from AAA to AA+ by Standard & Poor’s.

Investors from Wall Street to Main Street fear the value of their investments could suddenly plummet today. As it happens, August 8th was already the date set to extend the pilot program of the safety mechanism to cover all stocks, instead of limited number of stocks it covered before.

There are currently two different types of ‘circuit breakers’ for the markets:

But Will It Work?

There are still some gaps in the plan, according to experts like Dan Mathisson of Credit Suisse Securities.

For him, the proposal still leaves the first and last minutes of trading wide open to the traditional hazards of investing. To avoid interfering with orderly openings and closings, the trading pause rules now in effect only apply from 9:45 am to 3:45 pm. These portions of the day not covered by the circuit breaker plan are also those which experience biggest jumps and distortions of trading, according to Mathisson.

Knight Capital general counsel Leonard Amoruso also suggested that too many rules might cause more harm than good.

And according to Menachem Brenner of NYU’s Stern School of Business,
some circuit breakers will actually cause more volatility as trading habits shift.

The NYSE is quick to note that since the start of the pilot program for individual stocks, none of the stocks in the program have triggered a trading pause. Is today the day they will have to flip the switch?