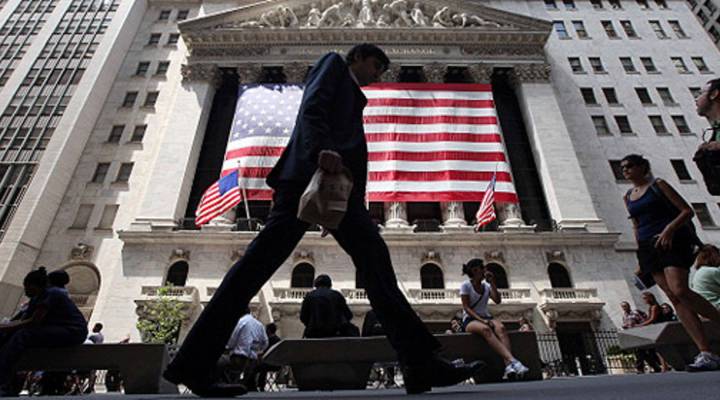 Kai Ryssdal: Here’s the thing about today. This was the kind of market day everybody was expecting if we didn’t get a debt deal. Yet a deal we do have.

So maybe without squabbling politicians dominating the news, investors actually had underlying economic challenges to fret about on this Thursday. Wall Street had managed to remain fairly darn bullish through bad home prices, an anemic job market and grinding growth. Then we woke up to European markets in a swoon over Spain and Italy and the ever-increasing debt spiral in the Eurozone, and all bets were off.

Marketplace’s Stacey Vanek Smith went in search of the what the heck’s goin’ on.

And that never seemed quite right to investment manager Michael Farr.

Michael Farr: To have rebounded 90 percent from the lows in 2009 just seemed to be a little too neat a solution to one of the most devastating economic disasters in history.

Europe’s troubles are nothing new, but they’re back in focus. Not to mention all of the publicity the debt ceiling debate gave to our precarious financial situation. That combo seems to have made investors suddenly question the buying binge, says Georgetown finance professor James Angel.

James Angel: Much like Wile E. Coyote in the Road Runner cartoons, sometimes the stock market will be on such a trajectory that it runs off a cliff, doesn’t realize it’s run off a cliff until it looks down and suddenly goes: Oops! And the market corrects itself.

What made the markets look down? Jack Ablin is chief investment officer for Harris Private Bank. He says U.S. growth is slowing and it appears Wall Street’s knight in shining armor — Uncle Sam — might not be able to ride to the rescue this time.

Jack Ablin: There’s a growing sense that countervailing forces from the Fed just won’t be there. And we’re going to end up suffering the next downturn by gritting our teeth and just having to bear with it.

And, Ablin says, the one reliable piece of good news: fat company profits is under threat too. With economies all over the world facing headwinds, companies will have a harder time selling their products — which is, after all, how they make those profits.