Economic indicators for the day may look good or bad, depending on your perspective. Mastercard’s profits are up, meaning people are spending. But unemployment numbers are mixed. More Americans are on food stamps than ever before, and in states like Alabama, where the stalled economy is paired with the effects of tornadoes, it’s even worse. The FAA stays shut down as Congress goes on vacation. Commentator Reihan Salam argues for tax cuts for youth just beginning their careers in this jobless recovery. We ask Marketplace China bureau chief Rob Schmitz about high speed rail in China. Host Kai Ryssdal sifts through your letters for the week. Dan Bobkoff reports how twelve Ohio families banded together to save a local furniture company. And our Summer Book Series continues with Kogi Barbecue cofounder Roy Choi‘s pick, Jack Kerouac’s On the Road. 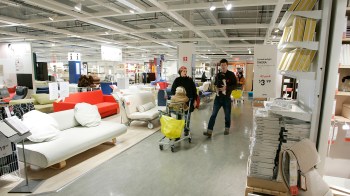