A collection of your debt ceiling limericks

A collection of your debt ceiling limericks

Thanks to everyone who submitted debt ceiling limericks via our Facebook page and by sending us a message. Check out an interactive map featuring a history of debt-ceiling increases and catch our interview with David Lefkovits, who writes — you guessed it — economic limericks.

No end to the partisan fighting.

Our Ship of State’s tossed

…On these waves; all’s not lost,

But some small boats will find there’s no righting.

My parents they always took care of me

they will love me unto eternity

but the country is broke,

…and I’m going to choke

when I give them their Social Security!

The GOP’s playing with fire

Not allowing the debt ceiling higher:

You don’t believe me? Ask the crier.

I have many large bills to defray,

But our debt ceiling says we can’t pay.

“Increase me,” it squeals,

As the pols in DC vent their spleen

Over actions that should be routine,

Our land’s on the brink

…Of a crisis some think

Was created on purpose. Obscene!

Our nation’s in trouble galore,

And the last thing we need is some more.

Yet pols in DC

Our credit and markets. What pap!

John Boehner has made his aims clear

As the debt ceiling deadline draws near.

What a cavalier, faux budgeteer.

And the risk of default keeps on growing.

And we’re all sure to reap what they’re sowing.

In the long run we are all dead.

That’s what my econ professor once said.

…What we need is healing

From a future we’re certain to dread.

There’s an end to this Debt Ceiling Fight?

Alas, nothing’s quite black and white.

Each side makes its case,

If just to save face.

A pause, but an end? None’s in sight!

The GOP and the DEMs think their shrewd

but their politics go beyond rude

with the national debt

and frankly, I think we’re all screwed

I’ve got a very bad feeling, That if we don’t raise the debt ceiling

By August 2 , and push spending cuts through

The markets will begin a reeling

First we need and we praise it.

The debt ceiling, everyone okays it.

But why do we utilize

…A panacea in disguise

If we are only going to raise it?

A Limerick For Tess

This lim-rick is written for Tess

Regarding the debt ceiling mess

It couldn’t be planner

It’s business as usual, no less

Not Impressed With Brinkmanship

We’re not impressed with brinkmanship

We think you may just sink the ship

We the people say

Or watch us take a triple dip

Enough with the Accusations!

A you’re being didactic!

Enough with the accusations!

Georgie Bush made it much huger yet.

They’ve made quite a drama,

And Reagan has become their new pet.

Our president hopes for a fair deal,

But his opponents prefer a steal.

They’d give more to the rich-

Leave the poor in a ditch,

And for health care their aim’s to repeal.

Seem to think that it would be saner

If the U.S. defaults

To fill up the vaults

Of the rich whose wealth’s the sole gainer.

Some loud pols claim that God’s on their side.

They announce it with manifest pride.

Reminds me of imams,

But there are Doubting Toms

Who such arrogant claims can’t abide.

A Group of Complainers

There is now a group of complainers

That is led by Congressman Boehner

They’ll slash all the funds

But keep all the guns

Now, you tell me which is insaner?

The Party of Tea

The party whose beverage is tea

Thinks nations can function for free

Don’t tax me, they say

But don’t take away

Any services destined for me

It’s too late to commence with mere purges

To make up for our spending splurges

We will raise the debt ceiling

Even though Boehner’s numbers are turgid.

Bad to the Bone

Is something Congress should condone

About proposals to raise the debt ceiling

If we’ll have more to borrow

In an outfit that looks more appealing. 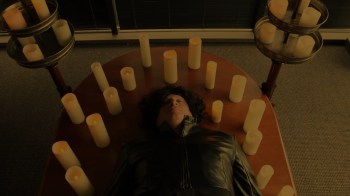