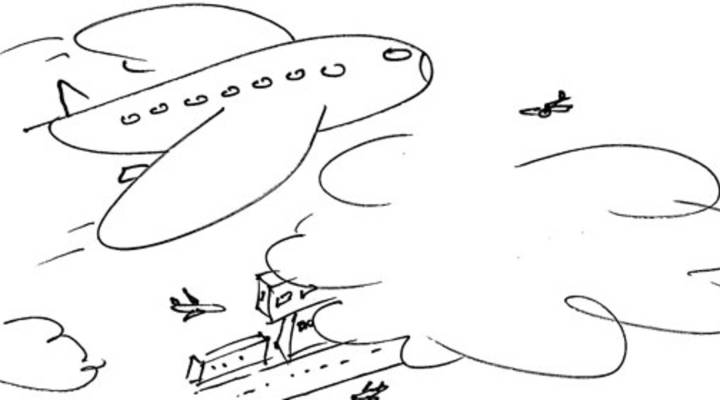 Why the debt ceiling debate is affecting the economy

Why the debt ceiling debate is affecting the economy

We’ve had a lot of questions about this at Marketplace. A lot of people don’t get why a pathetic political spat on Capitol Hill is making the economy so sluggish. Especially when the markets seem to be shrugging the whole thing off.

I find it’s helpful to think of a small economy when I’m explaining this. Like an airport. Airports thrive when they get lots of traffic. The more planes that fly in and out of an airport, the more people come through, wait in line and spend money on $4 bottles of water and $10 plates of bad fake Chinese food. The more money those businesses make, the more they pay to the airport owner, who can build more terminal buildings, lease more store space, attract more retailers, who hire more people, sell more goods, and so on.

This thriving little economy (the US economy in this analogy) depends more than anything else on the planes (companies that do business here) that fly in and out . Without those planes, there are no passengers, and without the passengers, there’s no business being done in the terminal.

And that’s kind of what’s happening right now in our economy.

It’s as though a huge cloud has appeared above our airport, and planes are circling around it, wondering if they should land. The people in the control tower are telling the pilots it’s safe, that the cloud is just a cloud and it’ll clear up soon. The pilots aren’t so sure. They know that clouds are dangerously unpredictable things: they can rip the wings off aircraft, produce freezing rain and hail, and make a runway as slick as an otter’s back. Landing right now is risky. They’d rather wait until they’re a little more certain about the conditions on the ground, and they’ll hang out in a holding pattern until they do.

That’s not good for our little economy in the airport. If planes aren’t landing, then people aren’t buying expensive water and junk food. Which means the retailers selling that stuff are losing money. Maybe they lay people off. Maybe they close stores. Now the whole airport isn’t making money. Maybe it has to cut services, maybe run the AC 12 hours a day instead of 24. Maybe cut emergency services. Any of this sound familiar?

It’s not too good for the planes in the air either. For one thing, if they’re not taking on any passengers, they’re not making any more money. And companies that don’t do business can only last so long. Now, a number of these planes have loaded up on fuel – just like businesses in the economy that have loaded up on cash over the last few years. They’re the lucky (or smart) ones: they’ll be able to stay in a holding pattern for a while. But not every plane in the air (or company in the economy) has a lot in reserve. They can’t stay aloft that long. Pretty soon, they’re going to run out and make an emergency landing. When that starts to happen, it won’t be pretty … and it could leave us all very badly needing a drink.