Arizona takes a stand on Medicaid

Arizona takes a stand on Medicaid

STACEY VANEK-SMITH: The state of Arizona has decided it can no longer afford to pay for Medicaid for all its citizens. It plans to save half a billion dollars by cutting the number of people getting healthcare through Medicaid.

PAUL ATKINSON: Arizona sent out a quarter million notices this month explaining the change to its Medicaid program. The state is not cutting coverage, its freezing enrollment for a population most states don’t cover — childless adults. So, if recipients fails to renew their policy, or becomes ineligible because their earnings exceed the income threshold, they can’t renew their policy.

TOM BETLACH: We obviously regret we have to make these decisions as well. But they are decisions that have to be made because of the economic circumstances we’re going through here in Arizona.

Arizona voters approved expanding Medicaid eligibility in 2000. Money from the state’s tobacco settlement initially covered the additional cost. But now, with one in five Arizonans receiving Medicaid, the state is having to chip in. This year, fully 12 percent of its budget. At the same time, the state is still trying to recover from an historic drop in revenue triggered by the financial crisis.

BETLACH: So with the general fund losing about a third of its revenue stream and the fact that the program grew by 300,000 members during the first couple years of the recession. Those kind of fiscal pressures became unmanageable and unsustainable for the state.

But critics of Arizona’s Medicaid cutbacks think policymakers overreacted. Because of the cuts, the state will lost a billion dollars in federal matching funds.

And there will be indirect costs, says Eddie Sissons of the Arizona Foundation for Behavioral Health.

Sissions and others warn all Arizonans will pay higher health care costs as hospitals raise everyone else’s rates to cover former Medicaid patients. 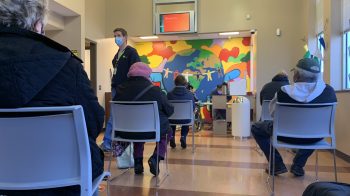 Maps: Medicaid
Tags in this Story
Share this Story