Jeremy Hobson: The new CEO of Campbell Soup is scheduled to meet with analysts today to unveil a big turnaround strategy that she’s cooking up.

Jennifer Collins: Throughout the economic downturn, Americans have been saving money on quick, easy items to eat at home. That should be good for Campbell’s Soup, right? Jack Russo of Edward Jones says the trouble is:

Jack Russo: There’s been a lot of competition.

Americans bought cereal, frozen dinners and microwaveable dishes. Campbell has tried to attract health-conscious consumers with low sodium soups. Critics say they were low in flavor. The company’s U.S. soup sales are off 5 percent this year. At the same time, food and beverage consultant Tom Pirko says simple meals have gotten even simpler.

Tom Pirko: I think Americans forgot how to open a can.

Campbell is expected to roll out premium “slow kettle” soups later this summer. But Pirko says that may not be enough.

Tom Pirko: You have to do more than simply tone up. You really have to go in for kind of a makeover.

Analysts say the company will need to spend more than $100 million to get consumers thinking about soup again. Maybe it can just get a trendy artist to do some product placement — not that that ever happens. 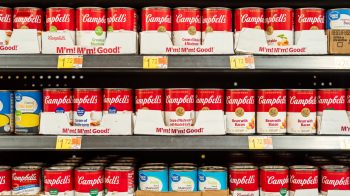 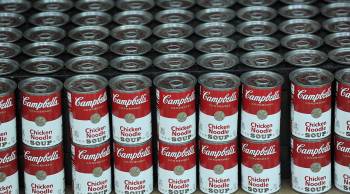 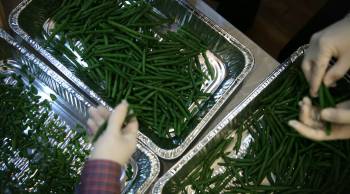