Tess Vigeland: Getting people to save for retirement is one of the great financial challenges of our time. People tend to put it off and underestimate what they’re going to have to save in order to stop working.

Five years ago, a law went into effect allowing companies to automatically enroll employees in 401(k) savings programs. The idea being that it’s harder to opt out of a program you’re already a part of.

But an analysis in today’s Wall Street Journal shows that auto-enrollment may be costing workers, because they’re saving less than they would if they signed up voluntarily.

Punam Anand Keller is a professor of management at Dartmouth’s Tuck School of Business. Thanks for joining us.

Vigeland: Remind us what the original rationale was for automatic enrollment.

Keller: Automatic enrollment was designed to overcome procrastination that may be related to uncertainty or lack of knowledge about how to save for retirement.

Vigeland: That sounds like it should have worked. And I know that the numbers show that certainly more people are enrolled in 401(k) plans than were before. So where did things go wrong?

Keller: I think the biggest problem is the assumption that one size fits all, or there is a common default that would be effective for everyone. We know that’s not the case; there’s research that shows that people who are younger need to save at different rates than people who are middle-aged or nearing retirement. So that’s the first problem. The second problem is the default itself — 3 percent — was meant to be a recommendation, it was supposed to be a minimum. A more effective approach may have been to give them a range with 3 percent being at the low end, and that might result in a higher default. So for example if we wanted a 5 percent default, the range could have been 3 to 7 percent.

Vigeland: And then of course isn’t there also the option of something called auto-escalation, where say you start at 3 percent and then each year, it’s bumped up automatically? Again, unless you opt out.

Keller: Right. I think auto-escalation is a very good complement to auto-enrollment because it does allow customization, right? Because in this case, depending on the employee’s salary, the default is automatically changed. But unfortunately, fewer employers adopt auto-escalation along with auto-enrollment. So we need to do something that encourages them to adopt both.

Vigeland: If it wasn’t automatic enrollment itself that was the issue but the percentage at which employers set the default, isn’t there a danger that if they raised that from 3 percent to, say, 5 or 7, that that would increase the number of employees who opt out? Because they simply think that they can’t afford it?

Keller: I agree. That was the logic for setting that initial default at the lowest rate possible of 3 percent. But if employers really cared about employee health, they would segment their employees in terms of the best percentage for different employee groups. So if some groups have health issues, or some groups don’t have other resources such as a significant other who works or has a lower household income, whether they do or don’t have children.

Vigeland: But you are asking a lot of the employer to have what sounds like 10 to 20 different default options for 401(k).

Keller: I think at the end of the day, it’s going to be a function of return on investment. So even if they have three or four and find that it’s closer to meeting the retirement goals for different groups, that would be a more effective program than just having one that doesn’t work.

Vigeland: All right. Punam Anand Keller is a professor of management at Dartmouth’s Tuck School of Business. Thanks so much for coming in. 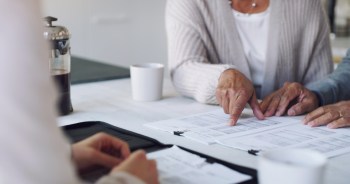