It’s going to be pretty simple for the computer user, really. You go to your Facebook page and look for the little list of friends in the lower right. Same space where the instant messaging feature has been. You’ll see a camera icon there. That’s the portal into making a video call to your Facebook pal.

The request goes to your friend, they see that there’s a call coming in from you, and then they decide whether or not they want to accept it. If they do, boom, you’re connected. Facebook has worked with Skype to provide the actual guts of the operation here, but you won’t need a Skype account to make this work. Just a Facebook account and a webcam of some sort (most newer computers have that built in).

We talk to Molly Wood, executive editor at CNET. She says you will need to have some special software on the computer but it loads with just a click and then you’re up and running. As for security and privacy, the calls are restricted to your Facebook friends only. This might be a good time to reconsider all those friendship requests you accepted from people you don’t really know because they could soon be attempting to call you on Facebook.

Of course, video calling has been around for a while now. Most recently, Apple users have been able to make calls on Facetime. And Skype has been around as a standalone application for some time. But for most of us, the browser is the place we do most of our computer living.

Glenn Fleishman writes for economist.com and has been following telephony issues for many years. He thinks this has real potential to take off where other video calling methods have not: “If you live in the Philippines and half your family is in America, it’s exciting. When my in-laws were 3,000 miles away, we connected this huge system for them so they could see their grandchildren. That personal connection, especially the family connection, will drive this.”

Also in this program, a flying car gets a new round of government approvals and should be on sale next year. Video calls? Flying cars? This is your day, George Jetson! 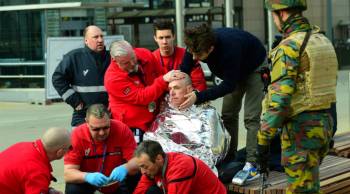