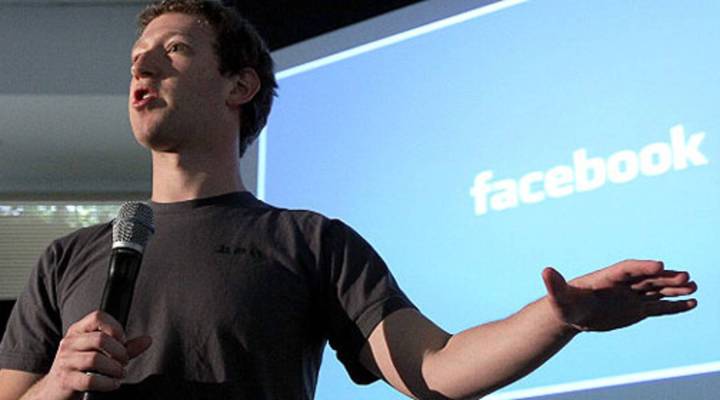 Jeremy Hobson: Well, something awesome is supposed to be announced today. That’s according to Facebook CEO Mark Zuckerberg. He told reporters last week that the company will unveil something awesome on July 6.

Announcing an announcement might seem like a step too many but Marketplace’s Stacey Vanek Smith reports it works pretty well as a business tactic.

Stacey Vanek Smith: The media has exploded with speculation about Facebook’s announcement — is it a Skype feature? Is it an iPad app? Here’s tech analyst Rob Enderle.

Rob Enderle: Facebook is stealing a page from Apple, trying to build a feeding frenzy surrounding what it is they’re going to announce tomorrow.

And the timing is no accident, says Brad McCarty, editor at The Next Web. He points out that Google’s social networking site Google+ was just unveiled.

Brad McCarty: Right now Google+ is kind of tromping all over the news, so Facebook immediately shot back and said, oh by the way, we’re doing something really awesome.

It’s also an intimidation tactic, says McCarty. He says when companies like Google and Facebook make an announcement, the entire industry listens. Making everyone wait just emphasizes that point.

McCarty: You’re talking about the category killers. These are essentially the Wal-Marts of the digital space. And they can go into any area and essentially wipe out anything else.

There is a risk to all the hype, says McCarty. If the announcement is underwhelming, you can expect a backlash that matches the buzz.