But the number of holiday travelers flying is estimated to be up by 9 percent, to three million. Never mind an 11 percent rise in air fares.

If it’s any consolation, the airlines aren’t always taking more without giving back something in return. Take Delta Airlines. It’s launched a web feature that lets you keep tabs on your luggage — every moment it’s out of your hands.

Gigi Douban reports from Birmingham, Ala.

Gigi Douban: Yes, it’s jarring and it’s loud. But you know what? After a long flight, that sound at the airport baggage carousel is music to a traveler’s ears.

It was for Eric Kline, who just got off flights from Las Vegas to Memphis to Birmingham. We’re at the baggage carousel.

Douban: So what are we looking for?

Kline has never lost luggage, so he’s a glass-half-full kind of guy when it comes to these things. Until the baggage carousel suddenly stops.

And then there’s that moment of dread we’ve all felt. Did your bags make it? Delta Air Lines wants you to know earlier whether they have. The company recently launched an online tracking system so you can follow your bags during your trip just like you would a package through UPS or FedEx.

Morgan Durrant is a spokesman for Delta.

Morgan Durrant: What this does is gives customers visibility into what’s going on with their checked bags.

Here’s how it works. You go to Delta.com, enter your last name and baggage receipt number, and you get updates on your bags — even during your flight — if you happen to have Wi-Fi on board.

Durrant: For example, you’ll be able to see when bag is scanned planeside or just as it’s being loaded onto an aircraft.

Now, this much bag tracking might seem a little overkill, sort of like that friend who posts hourly updates on Facebook. But Durrant says it comes in handy when luggage is lost. Still bad news, but at least you find out sooner.

Durrant: That’s better from our point of view to know that sooner rather than go to a carousel and not have a bag show up, so then you’ve burned time that you didn’t have to burn.

And Delta employees spend less time fielding questions on the whereabouts of a passenger’s luggage. That frees staff and gets people in and out of the airport quickly.

Paul Swinand: Better experience, but ultimately if they can figure out how to improve the overall process, that would impact the bottom line.

But don’t expect to see more people checking bags. Yes, there will always be that family of five that can’t cram everything into a carry-on. But frequent fliers and business travelers won’t necessarily check bags just because they can keep tabs on them. For passengers like Eric Kline, the only thing likely to make him check a bag is if the airline lopped off the fee for checking bags.

Oh and an update: after 10 minutes, Kline’s bag did emerge.

Kline: So there’s my bag right there. 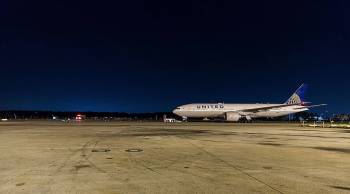