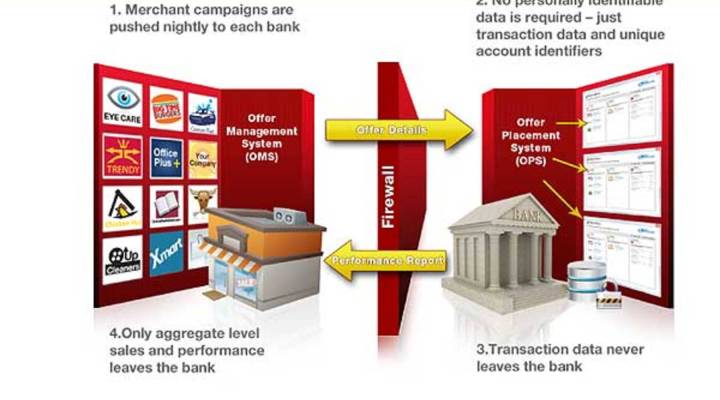 New ways for banks to profit from you

New ways for banks to profit from you

Kai Ryssdal: We hear stories all the time about how valuable our personal information is: How companies can use how we browse the Internet or what we record and watch later with our TiVos to somehow make money. What if they could actually know how we spend money, would that help? A certain subset of companies already does — the ones who issue those little plastic charge cards we all carry around. And they are discovering the joys of data mining.

Stacey Vanek-Smith: Banks and credit card companies know a lot about us: Where we shop, how much we spend, and what we buy in real time.

Jim McCarthy: We know when they’re shopping at Starbucks at 8 a.m. on a specific day.

McCarthy: Before that card comes back to you from the barista, your phone will buzz and you’ll have an offer that could say literally, go next door, there’s a cake sale at the bakery.

And you ‘d probably want that cake. Because the offer isn’t random. It’s part of a new electronic coupon program. Cardholders opt in, Visa analyzes their purchase history and sends them offers tailored to their spending habits. Banks are doing it too, with the plastic they issue. And merchants are willing to pay big money for the information.

Ron Shevlin: Banks are under a lot of pressure to recoup lost revenue.

Shevlin: At the core of this is the difference between behavior and implied intention.

Translation: Google and Facebook can tell advertisers what we seem to be interested in. Banks can tell merchants what we actually buy. Companies have cropped up to analyze spending patterns and connect banks with merchants.

Rod Witmond heads product management at one such company, Cardlytics. It’s working with more than 100 banks as well as merchants like Macy’s, The Body Shop and DirecTV.

Rod Witmond: They can target based on a zip code, store name, the number of times somebody shopped or the amount of money that somebody has spent.

Those customers will get a coupon once or twice via text message, email, or when they check their bank statement online. With this new data mining, banks can help merchants in two ways — identify their best customers and reward their loyalty, and help merchants poach new customers from rivals.

Dan Obegi is the CEO of Dermstore.com, a Los Angeles-based company that sells skincare products. It spends about a million dollars a month on ads — much of that online. Obegi is starting to shift some of that effort to bank coupon programs. He says more than Google and Facebook, data from the banks will help him reach customers who are buying face cream from rivals.

Dan Obegi: We’re saying, look, you’re buying at our competitors’ stores. We know that you’re a great customer, we want you to come shop for the same thing you’re already shopping for from Dermstore.com.

Cardlytics says about 20 percent of banking customers opened the electronic offers they got from their banks and 30 percent of them used the coupons. Success like that is almost unheard of in advertising. Merchants pay for that success only when a customer uses a coupon. A fee the data company splits with the bank. But just how smart are these ads? That, I thought I’d see for myself.

Mike Linton: The first four gifts we would recommend for you, and I’m ready to unveil those now if you’re ready…

That’s Mike Linton, marketing executive for data analysis company FreeMonee. He took my credit card statement and used FreeMonee’s software to make me some offers he hoped I couldn’t refuse.

Linton: So the first gift would be $15 at Footlocker.

Well OK. I’m a runner and I actually, really do need new shoes.

Linton: Followed by $20 at Pottery Barn.

Huh? I just moved from L.A. to New York and have been buying lots of housewares. And I do still need a bedside table, and a shower curtain, and a desk chair.

I will also need to buy clothes for weather we have in New York that they don’t have in L.A., like winter.

Linton: Followed by $5 at Quiznos.

Interesting. I recently used my card to get lunch at rival Subway. So verdict: I’m not sure these offers have me running to the stores, but this is all stuff I need right now and they’re from places I haven’t visited in a while. So now I just have to figure out if I’m the kind of girl who likes her bread toasted or if I prefer the sandwich artist’s touch.