As discussed on today’s show, here’s the text of the letter sent to AT&T by Senators Klobuchar and Kohl on the issue of data usage.

We write to you regarding allegations that AT&T has been overcharging smart phone consumers for their data usage. Consumers have alleged that they have incurred data charges well in excess of the data actually used, when data applications were not running on their cell phones, and even while they were asleep and not using their phones. Particularly troubling is the accusation that all of the alleged billing errors were made in favor of AT&T and at the consumers’ expense. According to a lawsuit filed against AT&T, independent testing allegedly showed that AT&T systematically overcharged consumers by at least 7%, sometimes up to 300%. In raising these allegations, we in no way pre-judge their validity nor intend to unduly target AT&T. We are only concerned because of the tens of millions of consumers who now rely on smart phones and utilize AT&T service to connect to the Internet and the strong public interest in the accuracy of billing for these services.

We understand that AT&T contends these allegations of overcharging are untrue and that there is simply a misunderstanding as to how AT&T measures data and communicates that information in monthly bills. Yet, as you know, consumers cannot easily verify that the amount of data used in any given month is equal to what they have been charged for on their bill. This fact alone makes it critical that billing for data usage be transparent, clear, and accurate, and further underscores the need for a competitive wireless market that gives consumers adequate choices for cell phone services.

In light of these concerns, we request that AT&T respond to the allegations that it has systematically overbilled customers for data usage. Further, please specify how AT&T ensures the accuracy of billing for data usage and provide an estimate of the extent of errors in such billing. If AT&T continues to claim that the allegations are simply a miscommunication as to how it bills customers for data, please explain how AT&T enables consumers to verify that their data usage is accurately billed. Finally, please specify the average number of customers who exceed their monthly data usage caps, and the average amount such customers are billed for excess data usage during the three months preceding the date of this letter.

The answers to these questions will be important as we consider competition in the cell phone industry, including the proposed AT&T/T-Mobile merger. And, whatever the validity of the allegations of overcharging, our goal is to ensure going forward that consumers can have confidence that their bills for data service are completely accurate and reliable.

Thank you for your attention to this matter. 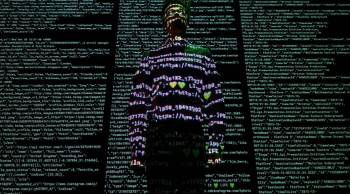