How the Internet is being filtered specifically for you

How the Internet is being filtered specifically for you

Kai Ryssdal: Now another technology item. How companies take your clicks, build a profile of who you are and what you like, and reflect that back to you in your online life. The idea is the building block for Eli Pariser’s new book, The Filter Bubble, how personalization’s changing the web and us.

Eli, good to talk to you.

Eli Pariser: Thanks for having me on.

Ryssdal: So what’s happening here, in essence, is that the Internet is turning into ‘my’ Internet? Is that a fair summation?

Pariser: Yeah, that’s right. Kind of invisibly, without people noticing, websites are beginning to cater themselves to what you individually want to see. So for example, if you search on Google for, say, bin Laden or Obama, and I search for that same term at the same time, we may see very different results. And this is kind of spreading across the Internet.

Ryssdal: Well isn’t that a good thing, because I don’t necessarily want to see what you want to see?

Pariser: Well it can be. But the problem is that people don’t really know that it’s happening, and at times, what it means is that things that are really important or that might be unexpected or challenging views don’t get seen. Instead, you see what you want to see, which feels very comfortable, but can lead to really bad decisions.

Ryssdal: Take me behind the scenes, if you will, behind that Google algorithm. They actually are changing things to personalize the web for you.

Pariser: That’s right. They’re basically watching every single thing that you do online, and trying to figure out, you know, what are you interested in? That then informs what they show you. And this isn’t just happening on Google; it’s happening on a whole range of sites, including — increasingly — news sites. So Yahoo News shows different front pages to different people. And the Washington Post and the New York Times are both experimenting with this kind of thing. Basically, instead of doing what great media does, which is push us out of our comfort zone at times and show us things that we wouldn’t expect to like, wouldn’t expect to want to see, it’s showing us sort of this very narrowly constructed zone of what is most relevant to you.

Ryssdal: This has to be incredibly lucrative for companies, right? They get these similar-thinking people, they know how to monetize them, and then they can just sell, baby sell.

Pariser: That’s right. It’s a huge profit center. And that’s why every major company on the Internet is doing a ton of research into how it can personalize every little piece of what it’s doing. And I think these companies, whereas they until recently were kind of insurgents, now they’re really responsible for the flows of information in our society that people used to vote and to make important decisions and to run their businesses. And they need to kind of incorporate that same sense of professional ethics that journalists have had in the 20th century media.

Ryssdal: Is there a place for government here? Should we regulate ourselves out of the filter bubble?

Pariser: Well I think there probably is a role for government. I think some of it relies on individuals changing their behavior, some of it relies on companies changing their behavior. But we’re living with laws that regulate how you use personal information that are 20 years old. And they just never contemplated the idea that you would have these billion-dollar businesses built on people turning over their most intimate details of their lives. And you know, I think that probably needs to be overhauled because it’s a fairly simple idea to say, ‘I gave you this data, I want to have some control over how you use it. I want to have some understanding of when you’re using it. And I want to make sure it’s my decision, not your decision, who you share it with.’ Those are kind of basic protections that currently don’t exist under U.S. law.

Ryssdal: Eli Pariser, his new book is called “The Filter Bubble: What the Internet is Hiding From You.” Eli, thanks a lot.

Pariser: Thanks for having me on. 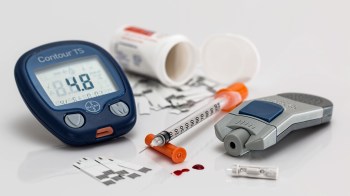 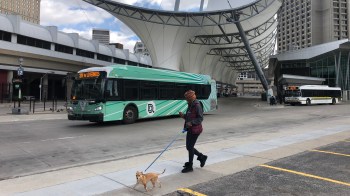