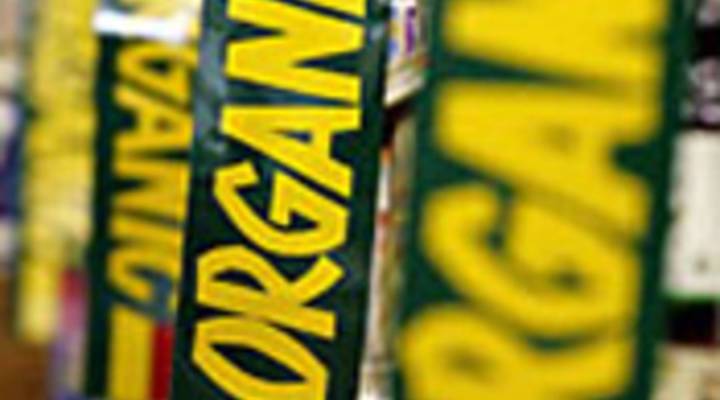 A note from the editor on ‘The non-organic future’

A note from the editor on ‘The non-organic future’

Marketplace welcomes comments on its reporting. Ideally – especially on a critical subject such as sustainability – we hope our reporting will spur public discussion.

Adriene Hill’s report on Wednesday on food production was intended to be thought-provoking. With a billion people going hungry now – and with Africa’s population alone projected by the U.N. to triple this century – how is the world going to feed itself? If converting to organic agriculture can’t do it, what then?

Among the listeners who commented, many challenged the starting point of the report: that organic agriculture alone can’t feed the world.

Hill’s reporting began with a report by the U.K.’s Government Office of Science, “Foresight: The Future of Food and Farming.” It concluded that organic agriculture cannot be the single solution to the world’s food supply. “The universal adoption of organic agriculture would close off too many important approaches,” the report concluded, “though the wider application of specific practices will make a significant contribution.”

Many of the other approaches Hill surveyed provoked disagreement. Chemical fertilizers are needed, said Dr. Pedro Sanchez, one of the world’s most prominent soil scientists. He is the 2002 World Food Prize laureate and a 2004 MacArthur Fellow.

Genetic modification of crops will play a role. Mark Rosegrant of the International Food Policy Research Institute said some crops will need modification to withstand drought and heat from global warming.

Each of these points could be a story in itself. In practice, Marketplace, like most news organizations, thinks of its coverage as ongoing and cumulative. We’ve aired scores of pieces on organic food and organic farming (do a search on Marketplace.org for “organic food,” for example), and we will do more.

Today alone, for example, our Sustainability Desk editor is working on plans for a year-long series of in-depth reports on the world’s food supply, and reporter Adriene Hill is visiting a sustainable pig farm outside Los Angeles, to learn what sustainable animal husbandry can teach the meat industry. We welcome your comments on all these reports.

To listen to some of the responses to Adriene’s story, check out our letters segment from Wednesday, May 11.