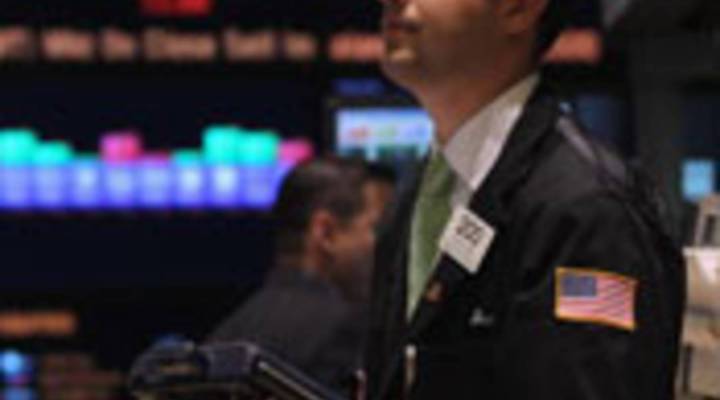 The differences in growth between the stock market and the economy

The differences in growth between the stock market and the economy

STEVE CHIOTAKIS: Since the beginning of the year, the Dow Jones Industrial Average is up more than 10 percent. The S&P 500? Nine percent. But everyone seems to be focusing on the negatives of the economy.

My colleague, Stacey Vanek Smith, asked Fortune magazine’s Allan Sloan to differentiate the stock market from the rest of the American economy.

Smith: Well it seems like a lot of bad news out there: we’ve got high gas prices, some really unimpressive growth numbers, and the Fed is going to put the brakes on that huge bond-buying stimulus. But you’ve got some good news for us?

Smith: Well Allan, we always hear that the market isn’t the same thing as the economy, of course. But the exuberance in the market does really seem especially disconnected from reality right now.

Smith: Well, if the markets are doing so well, that would make people feel better about the economy and where it’s headed. Could the markets potentially shock us into a recovery?

Sloan: It could help. If you take people from the Fed out, get them drunk, I think they would tell you that they consider the rise in stock prices since they started buying bonds — that’s one of the things they point to as a triumph. And that wealth, even though it’s on paper, is clearly one of the things that’s helping improve the economy.