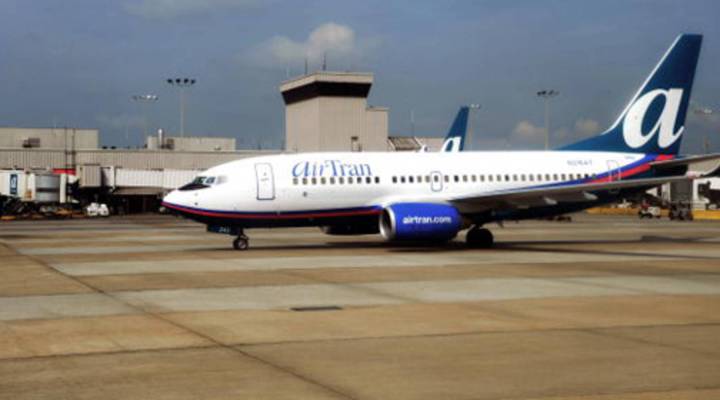 But Southwest may have to win over loyal AirTran fliers while keeping prices low. Marketplace’s Stacey Vanek Smith reports.

Stacey Vanek Smith: The single biggest reason for Southwest to buy AirTran? Atlanta. The lucrative hub had been ruled by Delta for decades, and AirTran is already established there.

Industry analyst Robert Mann says that alone was worth the price of admission for Southwest.

Robert Mann: How does one penetrate the Delta veil over Atlanta? With this acquisition, they actually manage to do that. I think it’s likely that Atlanta will be the largest city on Southwest’s network within two to three years.

But aviation consultant Mike Boyd says Southwest has its work cut out for it in Atlanta.

Mike Boyd: Honestly, Delta Airlines is probably thrilled with this.

Boyd says that’s because Southwest’s fares tend to be higher than AirTran’s and Delta maybe able to lure away loyal AirTran fliers who don’t like Southwest’s no-frills experience.

This is the first high-profile merger of low-fare carriers, and analyst Robert Mann says that it comes at a tough time for discount airlines, as big carriers like Delta and United have emerged from bankruptcy leaner and meaner.

Mann: Many of these network carriers came out of restructuring with much lower cost structures. The squeeze was definitely on the low-fare community.

And high fuel prices are squeezing both airline profits and passengers’ travel budgets.