Here are today’s top stories from the Marketplace Morning Report and from around the web.

Wells Fargo, the fourth-largest U.S. bank, posted a higher quarterly profit as it put aside less money for bad loans.

AT&T survived the loss of its exclusive U.S. rights to sell the Apple iPhone. The No. 2 U.S. mobile service, which is planning to buy T-Mobile, managed to eke out a slight increase in subscribers in the first quarter, surprising Wall Street and sending its shares up almost 1 percent.

Apple is expected to report another spectacular quarter on Wednesday, tempered by growing caution over how supply constraints will squeeze margins and restrain iPhone and iPad sales.

Wynn Resorts — which owns some big hotel casinos in Vegas — is reporting a sixfold increase in quarterly profit. That’s thanks to higher room rates in Vegas — and better gambling revenue in Macau.

Gold extended its record-breaking run on Wednesday to touch an all-time high above $1,500, driven by a long list of supportive factors including worries about European and U.S. government debt levels, inflation and turmoil in the Middle East.

U.S. Trade Representative Ron Kirk said Wednesday he is confident Congress will approve free trade agreements with South Korea, Panama and Colombia but they are likely to be submitted in separate bills.

Applications for U.S. home mortgages rose for the first time in a month last week as interest rates eased and purchase activity picked up, an industry group said Wednesday.

Today, Spain easily sold about $5 billion worth of long-term debt of the so-called PIGS nations — Portugal Ireland Greece and Spain. Spain is the only one that has not asked for a European bailout yet.

Today the International Monetary Fund’s chief economist told a French newspaper the U.S. lacks a credible plan to cut its deficit over the medium term. That comes just a couple of days after ratings agency S&P issued a negative outlook on U.S. debt.

Federal transportation officials are expanding their air passenger bill of rights. International passengers won’t be stuck on the tarmac for more than four hours. And airlines that lose your bag will have to give you your money back for the bag fee.

Now let’s get to this morning’s news on the S&P downgrade of the U.S. debt outlook. There’s a story in this morning’s Washington Post that says the Obama administration spent weeks privately urging S&P *not to issue a negative outlook.

Turns out the new big thing is adults having bar mitzvahs and bat mitzvahs. Well not the religious part of the traditional Jewish rite of passage for young teenagers. Just the huge bar mitzvah party — complete with party favors, DJ’s and throwbacks like the Macarena. The Boston Globe reports people in their early to mid-20s are doing these second bar mitzvahs with post-modern irony. One rabbi told the Globe the trend is all well and good though it’d be nice if these people would show up at the synagogue once in a while.

Next time you eye that soft hotel towel to take with you at checkout time, you may want to think twice. Fed up with high cotton prices and losing up to 20 percent of their towels a month, some hotels are now embedding towels and linens with tracking chips which trigger an alarm when a guest tries to exit with a towel. Think you’re embarrassed by the incidental charges from the mini-bar? Imagine the valet asking you to open your suitcase before going to get your car.

You can hear the rest of today’s stories from the Marketplace Morning Report here. 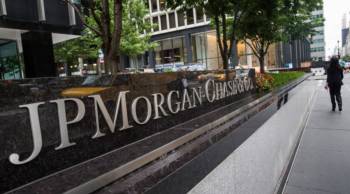 Banks count their blessings in recovery