JEREMY HOBSON: President Obama will hold a town hall meeting at Facebook headquarters in California today. And later he’ll be headlining some big ticket fundraising events for the 2012 election campaign. But social networking is going to be the real fundraising powerhouse for 2012.

And Marketplace’s Steve Henn is with us now from Silicon Valley for more on that. Good morning, Steve.

HOBSON: So is this all about fundraising through social networking at this point?

HENN: I don’t think the visit to Casebook is all about fundraising. What the campaign is trying to do at this point is build the kinds of lists and engagement it had last cycle in 2008. So if you log onto BarackObama.com the first thing it asks you to do is sign in using your Facebook account. If you do, then you’re asked to send messages to all of your friends, one at a time and ask them to join the campaign as well. So this is really about sort of building that kind of community engagement. And you know for the Obama campaign, they’re hoping the same kind of enthusiasm they had four years ago.

HOBSON: Now Steve if we look back at the last couple of big election cycles, in 2004 there was no YouTube if you can believe it. In 2008, Twitter was just a baby. You cover the new trends in Silicon Valley. What’s going to change the election this year?

HENN: Well, I think one of the biggest changes is the scale of all the social networks. But also the scale and penetration of smartphones and the apps that they have. A friend of mine worked in campaigns in Iowa a decade ago. And she was all excited about sending people door to door with PDAs. And the kind of information they could put in the hands of organizers. Now, with apps, you’ll be able to put detailed voter information, if you care to, in hands of anyone who is signed up and volunteered for your campaign. So I think that could be one of the biggest changes that I’m going to watch. 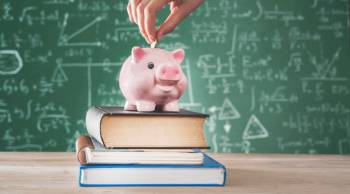