The Tea Party turns to technology

The Tea Party turns to technology

Broadside Books, a HarperCollins imprint, is launching a new series called “Voices of the Tea Party,” digital essays that will cost $2 each. The series will be available April 19th and there will only be three titles ready for sale. But, the series will continue to roll out new essays. From the Wall Street Journal: “‘The idea is to lower the barrier to entry to reflective practitioners and activist intellectuals who have something to say but may not have a full-length book in them initially,’ said Adam Bellow, Broadside’s editorial director.” These titles will only be available digitally. Again, from the Journal: The imprint will accept unsolicited works from Tea Party activists and others, and then it will post those works online and solicit the opinions of readers as to which titles should be published.” 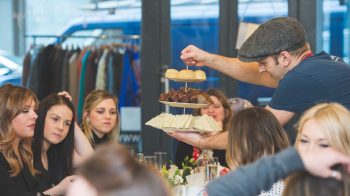