Could Google shoot down lead to a Universal Public Library?

Could Google shoot down lead to a Universal Public Library?

Miguel Helft in the New York Times has an interesting article today about the possible ramifications of a recent decision against Google. A federal judge tossed out Google’s proposed $125 million settlement to publishers that would have made Google’s massive book digitization effort a lot easier to accomplish. Google had some advocates in major universities who would have liked to see all books get centrally digitized in order to make them more available to the world and not risk losing their contents as they age. But the blocking of Google may give more impetus to a wider effort that, while nascent, is under way to create a digital library with every book in it, but free from a for-profit company:

The lofty effort, the Digital Public Library of America, counts a long list of heavyweights among its supporters, including librarians from major universities and officials from the National Archives and the Library of Congress. Some of the nation’s largest philanthropic foundations have said they were interested in financing the project, though its total cost has not been determined.
The various backers of the library, and a number of interested parties, met in October at Harvard’s Berkman Center for Internet and Society, which is coordinating the project. Representatives from technology companies like Google and Apple attended. 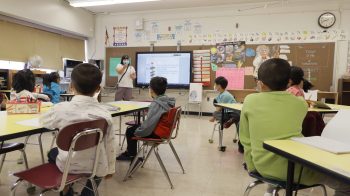