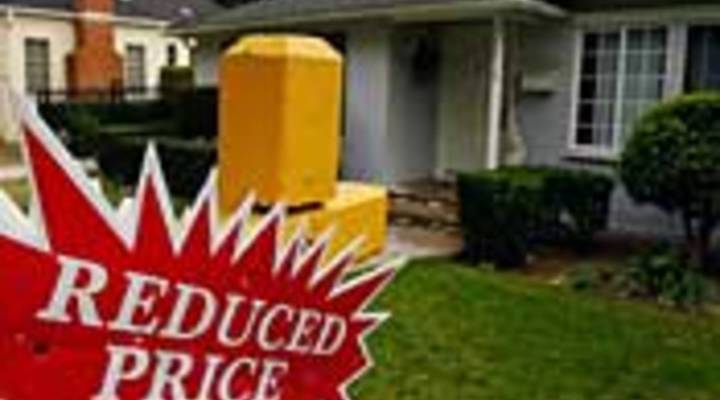 Kai Ryssdal: As we sit here in the spring of 2011, going on two years after the recession officially ended, the American economy is doing pretty well in a lot of ways. Jobs look like they’re coming back slowly. Consumers are spending again.

Housing, though, continues to not do us any favors. We learned this morning new home sales fell to their lowest level ever last month. Prices are down as well. Marketplace’s Stacey Vanek Smith takes a look at the sector that started the financial crisis, and why it just can’t seem to get better.

Stacey Vanek Smith: Bad weather didn’t help. But snow can only go so far to explain the dismal sale of new homes last month, on top of a big drop in the market for existing homes.

Chris Christopher: You could actually call it a homeless recovery.

Chris Christopher is a senior economist at IHS Global Insight.

Christopher: The prices are going down and the inventory is going up. That basically means demand is down and it’s causing a little glut in the market.

Christopher says part of the problem is that a lot of people owe a lot more on their mortgages than their homes are now worth, so they’re not in a position to buy or sell. And those who do want to sell and upgrade are hitting another kind of wall — a shortage of first-time home buyers says, Walter Moloney with the National Association of Realtors.

Walter Maloney: Those first-time buyers get in, they soak up the inventory. The existing owners need to be able to sell their homes so they can trade up to a larger home.

Problem is, many first-time home buyers are snapping up foreclosed properties. In other words, they’re buying from a bank, and not someone who is going to take that money and go buy a new house. Southern California real estate banker Mitch Olbaum says even though prices have come down and interest rates are near historic lows, many buyers are hesitating.

Spring is usually high season for home-buying, but not this year, says economist Chris Christopher. Home prices and sales are expected to keep declining in 2011.