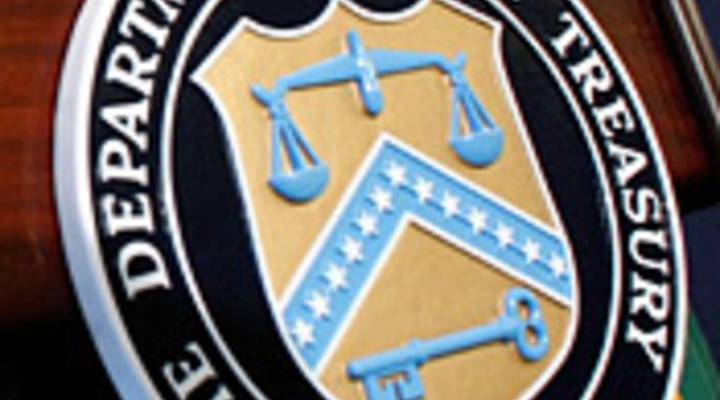 Treasury to sell its mortgage-backed securities

Treasury to sell its mortgage-backed securities

Kai Ryssdal: Mortgage-backed securities are back in the news. Toxic assets might be a more familiar phrase. The Treasury Department bought up almost $150 billion worth of them three years ago when the fate of the global economy seemed to be hanging in the balance. This week Treasury announced it’s going to start selling them off.

Marketplace’s Stacey Vanek Smith explains what that might mean for markets and for mortgages.

Stacey Vanek Smith: When the market for mortgage-backed securities froze, banks couldn’t sell home loans to investors. So they stopped making home loans. And investors such as pension funds and mutual funds feared their mortgage backed securities would become worthless.

Karen Petrou: All hell was breaking loose. It was the height of the crisis. Every fire alarm was going off.

Karen Petrou with Federal Financial Analytics says to keep financial markets from imploding, the Treasury started buying mortgage bonds. And it’s been holding them, until now.

Petrou: You have to do something with them or the government will own the mortgage market and I don’t think anybody wants that.

The Treasury will be selling these bonds off gradually. Bill Stone is chief investment officer with PNC Wealth Management. He says this is the government’s latest move to unwind some of the actions it took during the financial crisis.

Bill Stone: It’s consistent with what the Treasury’s been doing. They’ve sold off their Citigroup stake, they sold part of their stake in GM.

Stone says this is also a signal the government thinks the housing market is solid enough to function on its own, which could be a stretch, says economist Michelle Meyer with Bank of America Merrill Lynch.

Michelle Meyer: The timing I think threw us and the markets by surprise. We would’ve expected the Treasury to wait until the housing market was on more solid footing.

Meyer says putting even a modest amount of mortgage-backed securities on the market could push mortgage rates higher, and make banks even less inclined to lend than they are now. Ultimately though, Meyer says, the Treasury Department is small potatoes. Its sales will be a dry run for the Federal Reserve, which is sitting on nearly $1 trillion worth of mortgage bonds.