You probably haven’t heard much about SMS-CB and you should hope that you’ll never have to use it. It’s a means of broadcasting information via text message while using up only a sliver of the bandwidth that a massive text messaging delivery would ordinarily involve. The system was used in a limited capacity during Japan’s earthquake among some subscribers. But the idea is to make SMS-CB a much broader program.

We talk to Christopher Mims of MIT’s Technology Review, who recently wrote about the technology. He envisions a scenario where most people have this capacity on their phones. From that point, the system can be automated. If there’s an earthquake in California, the epicenter and magnitude could be charted, a radius of who might be affected could be determined, and a system of appropriate alerts could be sent out and received before the vibrations are even felt. Imagine that. Imagine getting a text telling you to take cover NOW and then a few moments later feeling the vibrations once you’re under your desk or in a doorway.

We also talk to Tom Fahey of a company called CellCast Technologies. They make equipment to move SMS-CB messages along. They tell us that the United States is moving toward this capability with the system scheduled to go live in April of next year. This is after President Bush approved the plan in 2006. Fahey says that it has taken that long for wireless carriers to agree upon and implement a set of standards to make this happen.

Also in this show, an update from the South by Southwest Festival in Austin, which wraps up today. This year’s festival was short on breakthrough innovations but did feature a lot of new tech companies trying to talk about Japan without appearing to capitalize on Japan. 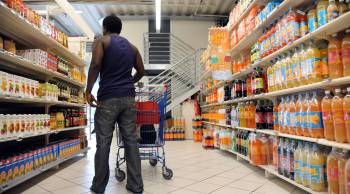 What’s your best recipe for under $25?