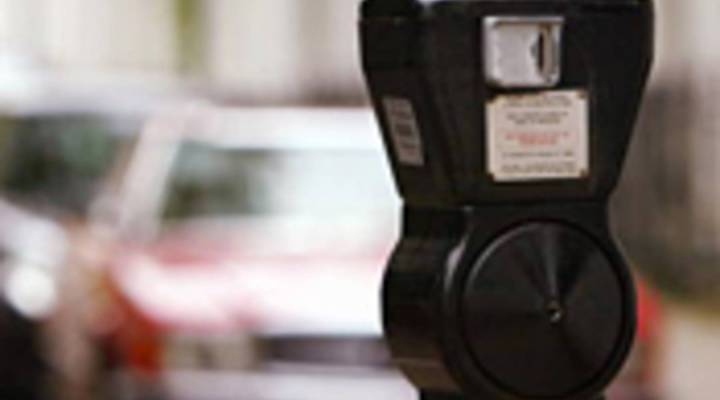 STEVE CHIOTAKIS: City leaders in New York City say the big apple needs to get more money in its coffers. Just as budget stalemates and crises continue in other cities and states. Think Wisconsin. Think Detroit. Well New York’s thinking about parking meters and sewage to put back the bulge in its purse.

Sound of change being put into a parking meter

Stacey Vanek Smith: Last year, New York took in more than $140 million from parking meters like this one. Now the city is looking to partner with a private companies to figure out how to earn more money from meters, parking garages and other services. To plug its $5 billion budget gap, New York is also trying to find a fertilizer company to buy its sewage.

Kent Smetters is a municipal budget expert at the Wharton School. He says these are the right approaches.

Kent Smetters: Trying to partner with the private sector in order to improve operations, reduce costs. That’s a true economic efficiency that’s a win-win for both sides.

For instance, New York parking meters don’t work about 10 percent of the time; fixing that could bring in a lot of quarters. Smetters says it’s a better tactic than what a lot of cities are trying — selling municipal buildings and other assets for a quick chunk of money. Chicago leased out the next 75 years worth of parking meter revenues for $1 billion and will end up sacrificing an estimated $10 billion in revenue in the long run.