An Ecuadorean judge has fined oil corporation Chevron more than $9 billion in a case that’s spanned over a decade. The judge ruled that the company is responsible for the pollution of forest and rivers in northern Ecuador. Eve Troeh has more.

The trend of online daily deal websites continues to grow. How many can the market take before consumers get turned off?

If he doesn’t resign with the St. Louis Cardinals, first baseman Albert Pujols could set off a bidding war to end all wars. Pujols reportedly wants to be baseball’s first $300-million-man.

In Jordan, King Abdullah and Queen Rania face criticism from opposition groups who don’t want to get rid of the royal family, just achieve reforms.

Last week, Finnish cell phone maker Nokia announced a partnership with Microsoft on its new smart phone. But according to a report from Reuters, the alliance could cost most than 5,000 Finnish research and development jobs. The BBC’s Jon Bithrey explains.

To deal with a large state deficit, the governor of Wisconsin is seeking to eliminate collective bargaining rights for unionized state employees.

The parent company for the New York Stock Exchange has agreed to a merger with Germany’s Deutsche Boerse, pending regulatory approval. The deal will create the largest exchange for stocks and derivatives in the world. Heidi Moore explains.

The Commerce Department this morning reported retails sales rose 0.3 percent in January. Sales have increased for seven consecutive months. Jeremy Hobson speaks with Juli Niemann, Analyst at Smith Moore and Company, about what this means for the U.S. economy.

It’s a legal battle that goes back 17 years. Residents of the Ecuadorean Amazon sued Texaco for pollution damages. When Chevron bought Texaco in 2001, the case remained unresolved. And now an Ecuadorean judge has fined the American oil company over $9 billion, and both sides are prepared to fight. 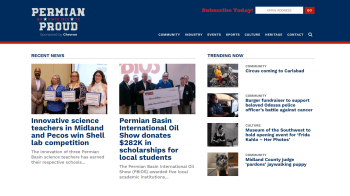