AOL is buying The Huffington Post for $315 million in a merger it hopes will move the company away from dial-up modems and towards new media and entertainment. The buyout deal looks great for Huffington. It gives the left-leaning news source a much larger platform and subscriber base. And Arianna Huffington is taking on a new role — overseeing content at AOL.

Banks are open in Egypt after nearly 13 days of political unrest, but the country still faces poverty, rising food prices, and high unemployment. The same troubles plague Tunisia — where a new transitional government is working to address the country’s serious economic problems. View our photo gallery of life in Tunisia.

It’s been nearly 20 years since America felt the pains of Reaganomics. Conservatives hold Ronald Reagan as the standard-bearer for their economic philosophy — lower taxes, smaller government spending. But what would the 40th President of the United States say about the economic landscape of 2011?

And the new trend in Super Bowl advertisements this year wasn’t celebrities, or the return of expensive car ads. It was previews. Advertisers are trying to build cult-followings for commercials, such as Old Spice’s new campaign featuring Isaiah Mustafa and the now famous Darth Vader Volkswagen ad. 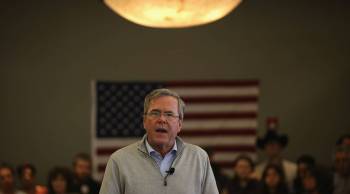