The first jobs numbers for 2011 came in, and they were mixed. We broke down the numbers. Some who have been struggling with unemployment have taken on entrepreneurship — we heard about one family hoping to cash in on the past. Verizon’s iPhone pre-orders sold out in less than a day, and now there’s word that users may get “throttled” for trying to download too much information. JPMorgan Chase might have profited from knowing beforehand about Bernard Madoff’s Ponzi scheme. And just in time for the big game this weekend, women’s sportswear is booming. Here are the songs we played: 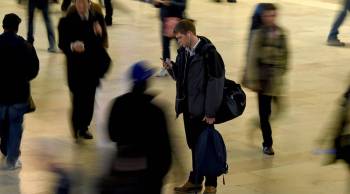 What 100 different jobs tell us about why we work