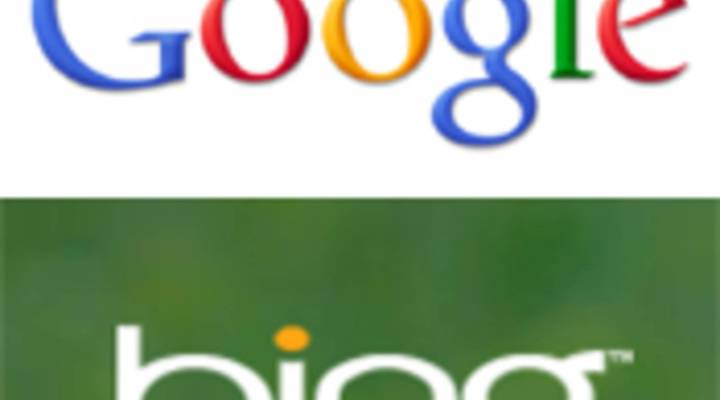 Search smackdown for Google and Bing

Search smackdown for Google and Bing

Bob Moon: When the nearest competitor has a mere 12 percent of the search market, it might not seem Google has much to worry about. But that’s not stopping the online juggernaut from screaming “foul!”

Google claims it has proof that Microsoft’s search engine Bing has been spying on Google searches and stealing the results. Bing’s response? ‘Eh, what are you gonna do about it?’ Marketplace’s Stacey Vanek Smith has more.

Amit Singhal: We started this scientific experiment to confirm our suspicion.

Singhal: This just confirmed completely that Bing is taking results from Google search algorithm and presenting it to their users.

Google accused Microsoft of using its Internet Explorer web browser to spy on users’ Google searches and then using information to beef up Bing.

Danny Sullivan with Search Engine Land broke the story. He says suing Bing would be hard. So Google was hoping to shame Bing into stopping.

Danny Sullivan: That’s certainly not been the reaction. They’ve kind of shrugged it off as no big deal.

Microsoft told Marketplace it doesn’t copy Google and that it uses multiple approaches in its search results. Online security expert Barret Lyon says he doesn’t think consumers will care. And industry insiders are kind of impressed.

Barret Lyon: I talked with my development team about this this morning, and they all thought that Microsoft was being very creative and innovative.

Bing has seen its searches grow, but Google still has more than two-thirds of the market.