Bob Moon: I found something good to say about the winter storm blanketing most of the nation: It kept the groundhog from seeing his shadow today. Which supposedly means an early spring.

And it can’t come soon enough for the airline industry, which looks to be headed for a record month of cancellations. The snow also brought a halt to work at 22 Ford, GM and Chrysler plants. And meat and grain deliveries have been curtailed. The Chicago Mercantile Exchange stayed open, though its trading floor was cluttered with overnight bags.

Which brings us to the financial hedging that’s possible — and even the money-making potential — in something called “snow derivatives.” Here’s our New York bureau chief Heidi Moore.

Heidi Moore: In 2009, the CME first allowed investors to predict snowfall and make money on the exchange if they were right. We’ve had record snowfall ever since.

Tim Andriesen: Everybody says you can’t manage the weather, which is true. But you can manage the financial consequences of the weather.

Snow removers and insurance companies have the most to protect, so they’re his best customers. Of course, snow derivatives only cover the cost. Someone still has to shovel it all away. 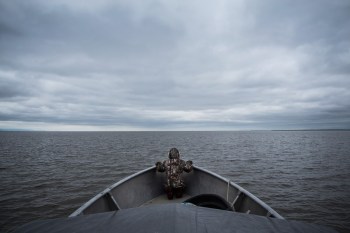 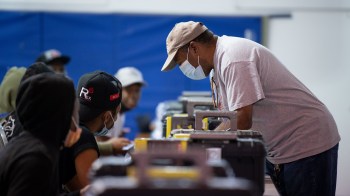