This final note today. The Obama administration has yet another legal obstacle to its health care overhaul. A Florida judge today declared the legislation unconstitutional. U.S. District Judge Roger Vinson says the bill forces people to buy health insurance by 2014 or face penalties, and that violates people’s rights.

The administration’s legal team fired back, saying the states don’t have standing to challenge the law. The Justice Department plans to appeal. It’ll almost certainly end up at the Supreme Court. 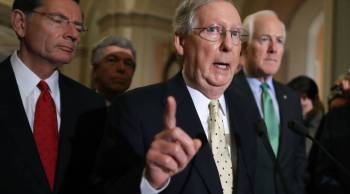