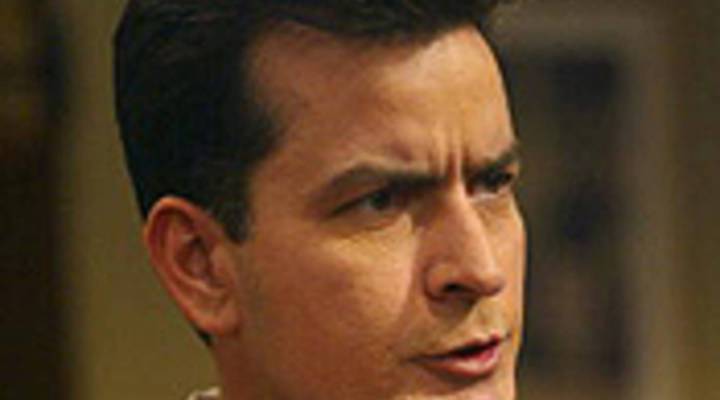 COPY
Actor Charlie Sheen at a taping of "Two and A Half Men" on the Warner Brothers Studios lot in Burbank, Calif. Matthew Simmons/Getty Images

Actor Charlie Sheen at a taping of "Two and A Half Men" on the Warner Brothers Studios lot in Burbank, Calif. Matthew Simmons/Getty Images
Listen Now

Bob Moon: Charlie Sheen’s latest issues could affect production of his hit comedy “Two and a Half Men.” If you haven’t heard, Sheen has checked himself into a rehab clinic — again — and he’s expected to be there for the next three months. It could spell trouble for the show.

Or maybe not. It is, after all, TV’s most watched sitcom and it’s worth hundreds of millions of dollars to CBS and Warner Brothers. Here’s Marketplace’s Stacey Vanek Smith.

Stacey Vanek Smith: “Two and a Half Men” — a show about an OCD divorce and his teenage son living with his hard-drinking, womanizing brother — attracts 14.5 million viewers a week. And they don’t seem fazed by Sheen’s real behavior, including trashing a room at the Plaza, and partying with prostitutes in Las Vegas.

Bill Carroll: When the incident happened in New York at the hotel, the Monday after, on the network, the ratings actually went up.

And as far as the network is concerned, it will do and spend whatever it takes to keep the show on the air — with Sheen — says TV critic Aaron Barnhart.

Aaron Barnhart: There’s just absolutely no reason to even think about a plan B as long as this thing is printing money the way it is.

A lot of companies have a lot of money tied up in “Two and a Half Men.” CBS reportedly took in more than $150 million in ad revenue last season, and reruns are scheduled to air for the next 10 years.

Not that it’s anything like “The Cosby Show.” “Two and a Half Men” is pretty raunchy, which is one reason audiences come to the show, says Bill Carroll.

Caroll: The expectations of the audience are that he’s going to be a little bit of a bad boy. And when he turns out to be, the expectations are not crushed.