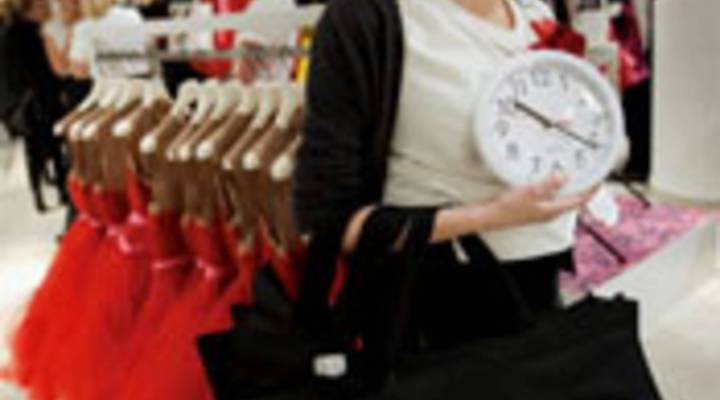 Kai Ryssdal: The government report on fourth quarter gross domestic product came out today, and it was pretty good. Really good, actually. GDP is right up on the A list of economic indicators, and by the measure we got today, the U.S. economy isn’t just recovering — it’s expanding.

GDP is growing the fastest it has since before the financial crisis. Problem is, the economy doesn’t feel the way it did back in the day. So what do you supposed is fueling this growth?

Marketplace’s Stacey Vanek Smith takes a look at GDP then and now.

Stacey Vanek Smith: In the last quarter of 2010, the U.S. economy grew 3.2 percent. That’s back to pre-recession levels. So the economy’s back, right?

David Wyss: But we’re not, really.

And the growth isn’t coming from the same place it did before. Bill Stone is chief investment strategist with PNC Wealth Management. He says back in 2006, GDP…

Bill Stone: Was built all around housing. It wasn’t just construction workers, it was financial services, mortgage brokers.

Stone says this time around, GDP growth is coming from two places.

Stone: The first is consumer spending; that really came around at the end of 2010. The second piece of good news is net exports.

Stone says a cheaper dollar is fueling U.S. exports — our goods are less expensive overseas. But consumer spending is key: it makes up about 70 percent of GDP.

Chris Low is chief economist with FTN Financial. He says spending is coming from a couple of places.

Chris Low: For one thing, there’s more of us working.

Even the small increase in employment we’ve seen helps, and Low says consumers aren’t hoarding their cash like they used to. He says overall, GDP growth is more stable now than it was in 2006, when he says it was built on a bubble.