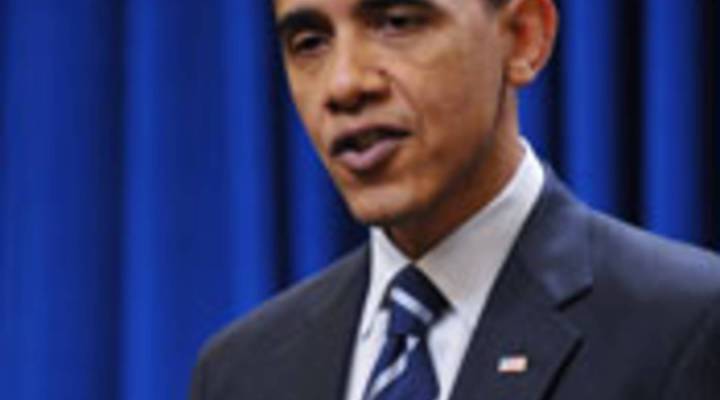 Mark Zandi: U.S. needs ‘to have the best and the brightest’ to remain competitive

COPY
US President Barack Obama delivers a statement to the press on tax cuts and unemployment insurance. MANDEL NGAN/AFP/Getty Images

Mark Zandi: U.S. needs ‘to have the best and the brightest’ to remain competitive

STACEY VANEK SMITH: The President gave his State of the Union Address last night. One economic theme that came up again and again — America’s place in a global market. Here’s the President.

PRESIDENT BARACK OBAMA: So yes, the world has changed. The competition for jobs is real. But this shouldn’t discourage us. It should challenge us. Remember, for all the hits we’ve taken these last few years, for all of the naysayers predicting our decline, America still has the largest most prosperous economy in the world.

Here to talk State of the Union with us is Mark Zandi, Chief Economist with Moodys Analytics. Good morning, Mark.

SMITH: Mark, what struck you about the President’s speech last night?

ZANDI: Well I think he had it just right Stacey. He framed everything in the form of a competition. U.S. businesses against the rest of the world, particularly against China and India and you know, I think Americans enjoy a competition and I think that’s a very effective way of him to frame the discussion.

SMITH: Right, that’s true. One of the things that he brought up several times was spending more on education and how important that was to the global competitiveness.

SMITH: Another thing Obama brought up was corporate taxes and possibly cutting them.

ZANDI: Yes and I think that’s a good idea. I think there’s wide spread support for that, both the Republicans and Democrats. I think it is the case that our corporate tax code is riddled with loop holes and if we close those loop holes and so-called broaden the tax base that we can raise enough revenue that we can lower marginal rates for businesses it won’t add to our deficit but it will make American companies much more competitive. That the tax rate that they pay here on their profits will look good relative to tax rates overseas. So I think that’s also good idea that has bi-partisan support

SMITH: So it won’t add to the deficit because it’s closing loopholes even though it is also lowering the tax rate? Do I have that right?

ZANDI: Yeah, you have that exactly right. I mean it’s just riddle with very specific loop holes for industries, very specific industries, every specific companies. Just closing those loopholes down will generate a lot of revenue, so much revenue that you can lower marginal rates for businesses and no affect the deficit.