The Big Apple is the brunch capital of the U.S.

The Big Apple is the brunch capital of the U.S.

JEREMY HOBSON: It’s only Tuesday, but it’s never too early to think about brunch. And according to Crain’s New York business, New York City is the brunch capital of the country.

Marketplace’s Alisa Roth is on the brunch beat this morning and she’s here in the studio with me with more. Good morning.

HOBSON: Are people really having more brunch in New York than in other places?

ROTH: Well, the magazine asked Google, and apparently we made 35-percent more brunch-related searches last year than anyone else. At Sarabeth’s — which as you know is a classic brunch place here, with a couple of locations — brunch volume is reportedly up 10 percent. The Waldorf-Astoria — which charges a whopping $95-a-person for its weekend brunch — says it can’t keep up with demand.

HOBSON: 95 bucks for brunch — sounds like we might be well out of the recession at this point.

ROTH: Actually, the Waldorf aside, some people think brunch is big because of the recession. It’s a way to enjoy a nice meal without spending as much as you would for dinner. Plus there are all kinds of deals out there where you might get a free drink or two with your food. Which makes it more of a bargain.

ROTH: I don’t want to be a party pooper, but I prefer either breakfast or lunch, not the combination. But if I had to choose, I’d definitely pick a really good bagels and lox.

HOBSON: And they’re not hard to find here in New York. Marketplace’s Alisa Roth here in the brunch capital of the USA. Thanks so much. 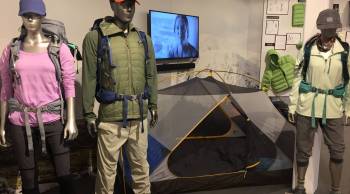