Does Google favor its own results?

Does Google favor its own results?

“Google typically claims that its results are “algorithmically-generated”, “objective”, and “never manipulated.” Google asks the public to believe that algorithms rule, and that no bias results from its partnerships, growth aspirations, or related services. We are skeptical.”

So goes the conclusion of a study conducted by Harvard professor Benjamin Edelman and released yesterday that analyzed how often Google returns results that point to its own products over others. Researchers explored searches on terms like “mail” and “chat” and “maps” on Google, Yahoo, and Bing. They found that all the search engines tilted to their own results to some degree, compared to how often those results come up elsewhere. But Google’s tilted much more heavily, returning Google products even on things like “chat” and “mail” where Google’s presence is light. Weirdly, Google returned Google Video even over YouTube, which is infinitely more popular and which Google even owns.

Google’s search results have been the focus of a legal skirmish in Europe for a while now where competitors are claiming that Google buries their results in favor of its own. This study would seem to give the complainants some ammunition.

Mr. Edelman is a longtime paid consultant for Microsoft, so it’s no surprise that he would construct a highly biased test that his sponsor would pass and that Google would fail. Google never artificially favors our own services in our organic web search results, and we perform extensive user testing to ensure that search results are ranked in a way that provides users with the most useful answer.

We’re talking to Edelman for our show tomorrow. 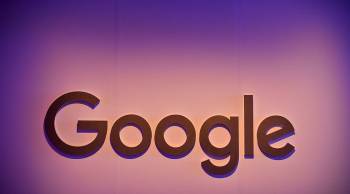