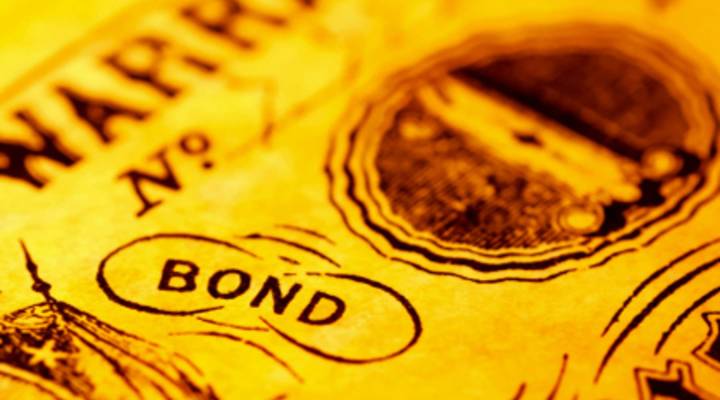 Kai Ryssdal: Most of the time when you’re talking about the bond market, it’s as a leading indicator. Bonds are a pretty good way to tell which way the economy’s going by telling us how expensive it is to borrow money. The muni market, though — municipal bonds — are thoroughly lagging at the moment. Two-something years after the financial crisis, worries about budget deficits have borrowing costs for local governments back up where it was since the dark days of early 2009.

Stacey Vanek Smith: The last couple years have been boomtime for bonds. The municipal bond market grew to nearly $3 trillion. Bond analyst Marilyn Cohen says nobody seemed to care that many cities and states were in pretty bad financial shape.

Marilyn Cohen: I called it a Teflon bond market. It didn’t matter what the bad news was, the buying power was insatiable. And then we hit a wall in November.

Cohen: The unfunded pension liabilities, the spending with abandon. All the sudden it seemed like investors got it and said, I’d better get out of dodge and, of course, dodge was the muni bond market.

This comes at a time when cities and states desperately need cash from that market. Yesterday New Jersey had planned to issue $2 billion worth of bonds, but only ended up issuing about half that. Andy Pratt is with the New Jersey Treasury.

Andy Pratt: No one was buying municipal bonds yesterday, and in the end we decided that rather than raise interest rates on them to a very high point, maybe finish it up later when the market’s in better condition.

That could be a while. In the meantime, on top of regular funding needs, local governments have to refinance billions of dollars of short-term debt they took on during the financial crisis. Again, New Jersey’s Andy Pratt.

Pratt: We’ll bide our time, we’ll go forward and we’ll try to do it again. New Jersey is a good credit risk and we’re going to pay our bills.

Investors will be paying attention to whether states can get their financial houses in order. After Illinois voted to raise taxes on Tuesday, their bond prices got a bump.