Should there be a code of ethics for economists?

Should there be a code of ethics for economists?

KAI RYSSDAL: Forget the Consumer Electronics Show in Las Vegas. Denver is the place to be this week if you really want to tear it up. The American Economic Association started its annual meeting there today. Among the panel discussions on the effect of institutions on wages and breakout sessions on evaluating empirical tools for horizontal merger analysis — which, by the way, I am not making up — there’s also going to be talk of ethics and whether or not economists should have to abide by a code thereof.

A documentary last year called “Inside Job” raised some pointed questions about conflicts of interests and professional economists. Annie Lowrey covers business and the economy for Slate magazine. Annie, good to have you with us.

ANNIE LOWREY: Thanks for having me.

RYSSDAL: There are some amazing examples in that film, “Inside Job,” of really high-profile economists getting some really big consulting contracts.

LOWREY: So one example is that a Columbia Business School professor, and a very prominent economist, took some money from the Icelandic Chamber of Commerce — essentially to write a paper about the Icelandic banking system and he praised it — and shortly thereafter, the Icelandic banking system collapsed and then Iceland collapsed. So that’s a particularly egregious case where perhaps he should have known a bit better and perhaps he should have looked a little bit closer at taking money to write a paper like that.

RYSSDAL: What does economic research say about the ethics of economists? You’ve been looking into this.

LOWREY: There’s a number of studies that economists themselves have done that show perhaps they are a little bit less ethical than the general population. For instance, in zero sum games they’ll tend to keep more money for themselves than average people would.

LOWREY: Essentially, if you have a pot of money, say like $10. And the game is that you and I are playing, and I get to divvy it up into two portions. And then you can either keep or reject your portion. So if you accept my offer, both of us. And if you reject my offer, neither of us do. Your average person on the street, on average, will wind up keeping about $5.44, something like that. And economists will keep about $6.15.

LOWREY: Yeah. And that’s just one instance. There has been dozens of studies like this that show economists are maybe unsurprisingly penurious and also maybe a little bit less ethical.

RYSSDAL: What about the disclosure of these relationships of the consulting firms and the contracts and the dollar amounts?

LOWREY: There have been two good studies. And the first and the more comprehensive one shows that a number of prominent economists only would give the full extent of their affiliations about 2 percent of the time. So they might be accepting money from a big bank or a mortgage company and they wouldn’t be revealing that, even if they were writing about something that was pertinent to the issue. The even more damning one in my mind was a study that looked at economists testifying to Congress — either to the Senate Banking Committee or House Financial Services Committee — and about a third of the time, when they were talking about issues relevant to the companies they were taking money from, they still didn’t disclose that fully.

LOWREY: Well, the issue is the lack of transparency first and foremost. To be surprised on the back end that an economist has, for instance, taken money from a mortgage company, but then also talked about economic policies that would regulate the mortgage business — that is relevant. What’s kind of ironic about it is that, of course, economists know that conflicts of interest create inefficiencies, and asymmetries also work out to the benefit of one side, so we might not be able to say, well this person, for instance, influences a piece of legislation to his direct economic benefit — it might not be that. But as a broader sort of series of questions, I think it would be a good idea for an economist to at least come out and do this because the downside to them, to me, seems very small.

RYSSDAL: Annie Lowrey, she’s the business and economics correspondent at Slate. Annie, thanks a lot.

LOWREY: Thanks so much for having me.

RYSSDAL: We had the director of “Inside Job” a couple of months ago, the documentary that arguably got the American Economic Association talking about ethics guidelines in the first place. You can hear my interview with Charles Ferguson here. 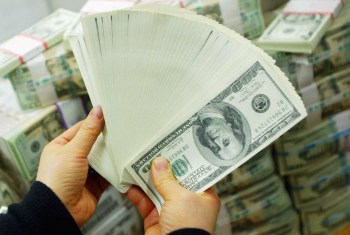 Can money solve a coronavirus-induced recession?