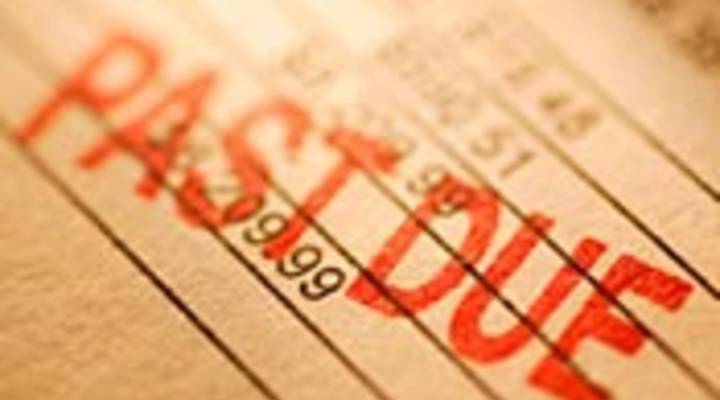 Why bankruptcy claims aren’t as high as one would think

COPY
Past Due notice iStockPhoto

Why bankruptcy claims aren’t as high as one would think

Past Due notice iStockPhoto
Listen Now

Kai Ryssdal: The government agency that really controls the American economy — that’d be the Federal Reserve — released the minutes of its December meeting today. Not something we usually spend time on, but it’s worth a nod today if only to mention this. The Central Bank’s reasonably confident that economic growth is here to stay. Just not fast enough to do anything about unemployment.

In a related vein, more than a million and a half people filed for bankruptcy in 2010 — 9 percent more than a year earlier, and it is a whole lot of people going under. But considering unemployment is nearly 10 percent and that almost 12 million homes are worth less than the mortgages owed, the real question might be why bankruptcy filings aren’t higher. Marketplace’s Stacey Vanek Smith has more.

Daniel Dahl: It was humiliating. It was like I had failed, you know? But on the other hand, I was then able to survive on unemployment.

More than a million and a half people filed for bankruptcy last year, the fifth straight annual increase. David Skeel is a bankruptcy expert at University of Pennsylvania law school.

Daniel Skeel: Yes the numbers are going up, but they’re not skyrocketing in the way that you might expect.

Skeel points out that more people filed for bankruptcy in 2003, 2004 and 2005, back when unemployment was half of what it is now and the housing market was booming. Sam Gerdano heads the American Bankruptcy Institute. He says a new law passed in 2005 made it harder to file for bankruptcy and harder for people to write off certain debts, like credit cards.

Sam Gerdano: More debts are non-dischargable, there are additional procedural hurdles before one is even eligible to file for bankruptcy.

And the kinds of debts many people have right now often can’t be fixed in bankruptcy, says bankruptcy expert David Skeel.

Skeel: If you have an underwater house — if you owe more than the house is worth — you can’t alter that mortgage in bankruptcy.

Bankruptcies filing slowed at the end of 2010 as consumers borrowed less and focused on paying down their debts.