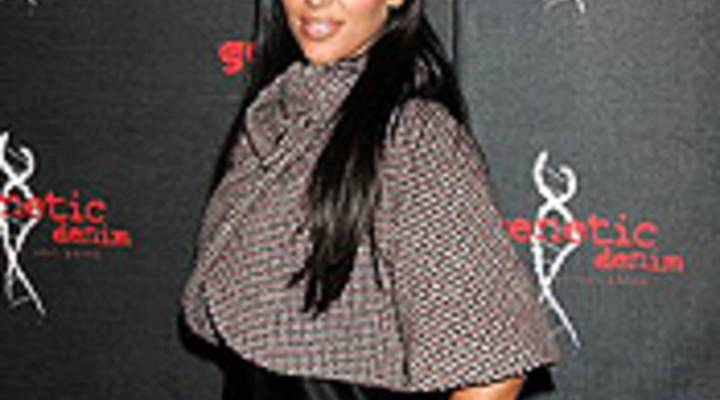 COPY
Kim Kardashian. Reality TV like "Keeping Up With the Kardashians" has become a way for many in America to perceive wealth. David Livingston/Getty Images

Kim Kardashian. Reality TV like "Keeping Up With the Kardashians" has become a way for many in America to perceive wealth. David Livingston/Getty Images
Listen Now

Tess Vigeland: So as we’ve noted, wealth is as much about perception as it is about reality. There are only so many ways you can judge how you’re doing, money-wise. You can look around at the people you know — Are you doing better or are you doing worse?

But in our mass media age, you can also compare yourself to the standards set by popular culture.

Robert Thompson: Most people in America are not filthy rich.

Robert Thompson is the director of the Bleier Center for Television and Popular Culture at Syracuse.

Thompson: They’ve heard of Bill Gates and they know about Oprah and see them in the media. But very few Americans actually even know anybody that’s that rich. So in many ways, anything we know about the very, very rich has got to have come from the movies, television, novels and the newspaper.

Even the phrase “Keeping Up With the Joneses” originated with a comic strip in the New York Globe in 1913. Two years later, it appeared in theaters as a silent animation film. An early dose of pop culture’s take on wealth, whose descendants have filled the airwaves ever since.

Thompson: Our culture is almost a catalog of the things that we want to desire. We get it right in the silent era. All those Chaplin films, for example, where Chaplin’s little tramp was the poor guy. But he was constantly finding himself in these worlds of opulent consumption and then of course by the end of the film he’d be eating his own shoe.

But even more than movies, television brought wealth-as-entertainment into every American’s living room. As early as the mid-1950s, a hit TV series revolved around a millionaire giving away money to people he’d never met.

“The Millionaire”: My name is Michael Anthony. Until his death a few years ago, I was executive secretary to a fabulously wealthy John Beresford Tipton.

Mass media millionaires since then have been, well, a dime a dozen. From Mr. Potter and Scrooge, to J.R. Ewing and Mr. Burns, and of course, The Clampetts.

Ted Klontz: When we didn’t have all this exposure to what wealth looked like, we were relatively happy and didn’t have so much striving-for.

Klontz: I remember watching “Queen for a Day” and wishing my mother would get the washing machine and thinking that somehow that would make her happier.

“Queen for a Day”: You know there just isn’t any better way to put it than — would you like to be queen for a day?

During the 70s, TV developed a bit of a split personality. Middle-class everyman Archie Bunker on the one hand…

Archie Bunker: What is this here, SS Pierce Fancy Cashews? What, are we getting too classy for peanuts?

The Jeffersons on the other.

George Jefferson: Louise, honey, I know you hate me inviting people for dinner at the last minute.

Then into the opulent 80s.

And what Thompson calls the magnum opus of ostentatious displays of wealth.

“The Lifestyles of the Rich and Famous” theme music.

Robin Leach’s “Lifestyles of the Rich and Famous” kept good company with the likes of “Dallas” and “Falcon Crest.” And even the so-called middle-class, says Thompsons, had a lifestyle that was out of reach for most in that population.

Bill Cosby: One more chance, here is your turkey-carving practice.

All living in homes many Americans could only dream of. A trend that continued into the classic sitcoms of the ’90s.

Thompson: When we look at how we present ourselves in the culture as just normal people. So if you’re looking at a TV show which isn’t about rich people, they’re not especially poor — the sitcoms — they’re kind of just plain folks. And you look at how those people live, like in “Friends,” like in “Seinfeld,” we realize that we’ve kind of raised the bar of what it takes just to be, you know, kind of happy.

Phoebe in “Friends”: Oh my God, what happened?

Rachel: I got a job at Ralph Lauren.

Thompson says there are exceptions to that rule, most notably “Roseanne.”

Roseanne: What’s going on with you?

DJ: Mother, this is very important our school’s having a food drive for poor people.

Roseanne: Well tell them to drive some of that food over here.

Of course today, so-called reality TV sets the standard for images of the monied elite.

Robert Frank: What’s happened now, a lot of these reality shows, “Keeping Up With the Kardashians,” you see the shift from fantasy and aspiration in the ’80s to a sense of schadenfreude that they’re being humiliated in some way.

Kim Kardashian: So I’m talking to Robin Antin, she created the Pussycat Dolls. So I have to show her the gift I got for Mom and Bruce: a stripper pole.

Frank: We’ve taken I think a slightly darker view of wealth in popular culture and the media, looking not just for all the stuff and the trappings of wealth, but also a sense that I may not be wealthy but I’m happier than Kim Kardashian or Paris Hilton or the girls on “Gossip Girl,” and that makes us feel better about ourselves.

Of course, not everyone sees it that way. As commentator Felix Salmon pointed out earlier, wealth generally inspires more awe than disgust in this country. Plenty of young men and women are striving for the lifestyle they see on these shows. Seems not much has changed from “Keeping up with the Joneses” to “Keeping up with the Kardashians.”