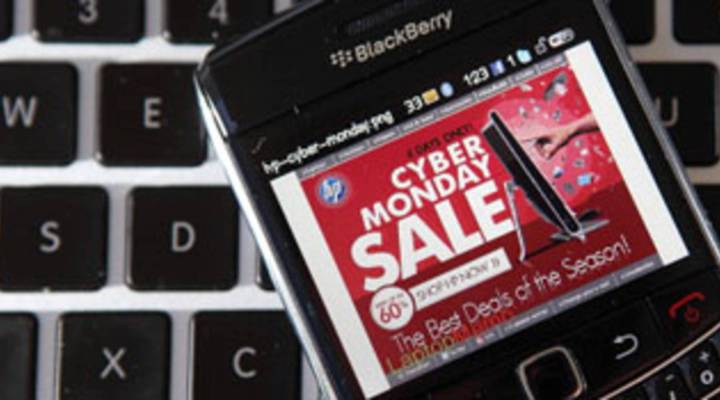 STACEY VANEK SMITH: This year, for the first time, advertisers spent more on online ads than they did on print ads. Online ad spending was up about 14 percent from last year to more than $25 billion.

Here to talk about with us about this Andrew Frank is with Gartner Research’s Media Team. Good morning Andrew.

VANEK SMITH: So, from what we’re reading, online ads surpassed print ads for the first time ever. How significant is this?

FRANK: I think it’s something that a lot of analysts, myself included, have been predicting would happen for a long time. So in some ways, it’s no surprise, but in other ways it is something of a milestone in the evolution of media.

VANEK SMITH: A lot of retailers and companies not that long ago were very uncomfortable with online ads, or at least the price structure was very unclear. Has that changed recently?

FRANK: There’s been a lot of innovation as everyone knows in the way that ads are sold and priced and generally done online. But I think that there’s still some confusion and lack of clarity on the local level as to what the best way to advertise online is. And maybe there’s an opportunity for the news organizations going forward to help some of those local merchants get a better result from their online advertising.

VANEK SMITH: How big is online advertising right now relative to other media?

FRANK: It’s still down in the 10, 15 percent of media spending overall, but I think to put it in perspective, television is still more than twice has much spending going on, on that medium.

VANEK SMITH: And finally, what does this mean for print advertising?

FRANK: I think that the bright spots on the horizon have to do with making a better connection between the offline and the online world. Get people from the print medium into something electronic where they can get more information, get some sort of promotion, and redeem it in the store, so I think that the best thing that print can do is think about how they can exploit their connections with the local community and also create less of a boundary between ads that you see in print and the ads that you see online or on mobile devices.

FRANK: Thank you for having me.